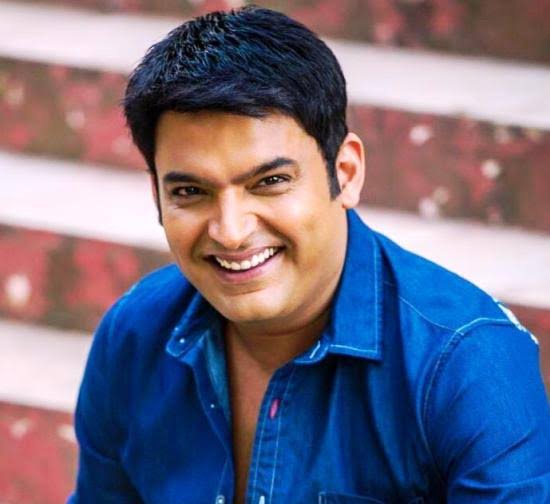 Kapil Sharma is a professional Comedian, Singer, and Actor. He was known for his role in Comedy Circus, Comedy Nights with Kapil and Kapil Sharma Show on Colors TV.

Kapil belongs to a middle-class Brahmin family. Kapil’s father late Jeetendra Kumar Punj was a head constable in Punjab Police. In 2004, his father died due to Cancer in AIIMS Delhi.

From childhood he wanted to be a singer but later turned into a comedian. Kapil Struggled a lot during childhood. He used to work in a PCO in class 10. Later he worked in a cloth mill and started doing small shows. He is very close to his mother. When he won prize money RS 10 lakh, he spent it on his Sister’s marriage.

Kapil Sharma had a brief affair with the creative director Preeti Simoes. Later she started dating Ginni Chatrath, a comedian and actress. Duo got married on 12 December 2018 and have two children. They both have a baby girl, who was born in December 2019, and a baby boy, who was born on 1 February 2021.

From childhood  he was interested in singing, dancing and drama and won several awards.

In 2006, he participated in the Punjabi comedy reality show ‘Hasde Hasande Ravo’ that aired on MH One. Later, he took part in another Punjabi comedy show named The Great Punjabi Comedy Show.

In 2013, he hosted his own show named Comedy Nights with Kapil’ aired on colors tv under his own K9 Production. It became one of the highest rated shows on tv and ran for three years successfully. The show ended in 2016, due to some issues with colors tv.

In 2016, he bought a new show named the kapil sharma show on sony tv which ended in August 2017. But its new season resumed from December 2018.

In 2017, he produced and acted as the main lead in the Bollywood film, ‘Firangi’ but the film failed at the box office.

In 2018, he started his tv show Family time with kapil sharma  hosted with Neha Pendse. But it ended just after three episodes.

He once made a news public about his ex-girlfriend who married a Gujarati store owner in London. Concurrently he met her in London a few months ago.

Kapil sharma is a left-hander.

In April 2018, kapil filed an F.I.R. against Spotboye editor Vicky Lalvani and Neeti and Preeti Simoes for maligning his image. Later Lalwani shared an audio tape recording of his alleged phone conversation with Kapil Sharma.