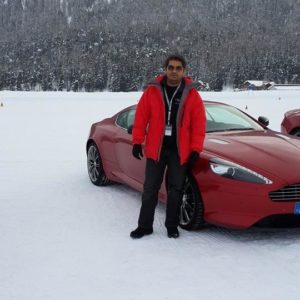 Shradul Singh Bayas was born in Pune, Maharashtra, on 22 June. His father’s name is Sanjay Bayas, and his mother’s name is Sulbha Bayas. He has a sister, Shilpa Verma and brother named Prithviraj Bayas.

Shardul was married to Anita Agarwal, a businesswoman, and The couple got divorced in 2017. They have two daughters together named Riya and Aliya.Later, Shradul and Neha pendse got married on 5 January 2020.

In 2005, he began business with Angelikka Entertainments Private Limited and made his brother Prithiviraj Bayas the CEO of the company.

Neha Pendse shared a picture of him with her on Instagram.

Shardul has a devotion to luxury cars. He frequently shares pictures with luxury cars on his Instagram handle.

He has an attachment for animals, especially dogs.