Bigg Boss updates : ALY becomes THE NEW CAPTAIN ON BOARD? 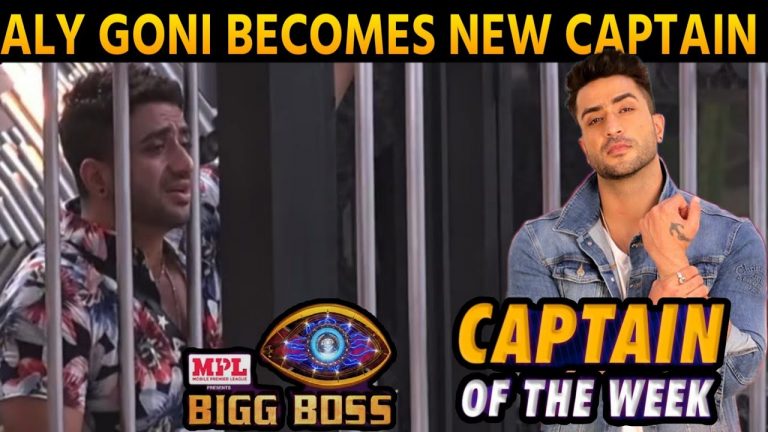 Today’s episode will unveil with the captaincy task. Yesterday we witnessed that Rakhi emerged as a winner for the first round and thus, she became a contender for the captainship post. Eijaz , Abhinav, Aly and Rahul will be competing in the second round . There is going to be a voluble fight between Eijaz and Rahul. They will even try to physically assault each other.
Rahul will quote,” Eijaz tu pyasa banda hai, Jab main show se bahar gya tha tab teri mardangi badi pht pht kar aa rhi thi ladkiyon par , tune unki kitni disrespect ki national television par teri maa ko bhi sharm aayegi”

Then spectators will stare at the fight between Rakhi and Rahul due to Nikki Tamboli. Rakhi will pass a comment on Nikki which will make Nikki boil with anger and she will strike back. Nikki will question the friendship between Rahul and Rakhi. Rakhi will enter a hatred argument with Rahul. Rahul will burst into laughter and will try to change the course of the talk.


After this there will be the commencement of the third task in which Rahul, Rahul Mahajan ,Jasmine and Ravina will come into the fence .Arshi will taunt Rahul and surprisingly, he will be flushed with jolly mood and he will not participate seriously. He will completely alter the ambience and other participants will also burst out into laughter as Rahul modulates the stressful task into a funny one .Jasmin Bhasin will be declared as a winner of the round.


The winners of all three rounds will be summoned together and will receive a letter in which they will be directed to perform another task on the basis of which the final captain will be declared. This task will be coordinated by Abhinav Shukla .

As directed by the task they will be caged up separately in 5 jails .There will be 5 keys after each round one member who will have the key will come and uncock the jail .The individual who will be the first to come out of the jail will be the victor.

The first opportunity to unlock will be given to Nikki Tamboli, in favour of Aly Goni. Coming up next ,Kashmira will unlock the door for Rakhi .After the third, fourth and fifth unlock, Aly Goni will emerge as the rising star and will be the new captain of the house.

It will be interesting to know Aly’s steps as a captain. Stay tuned for more updates.