BIGG BOSS : ASTOUNDING FACTS THAT YOU MUST KNOW 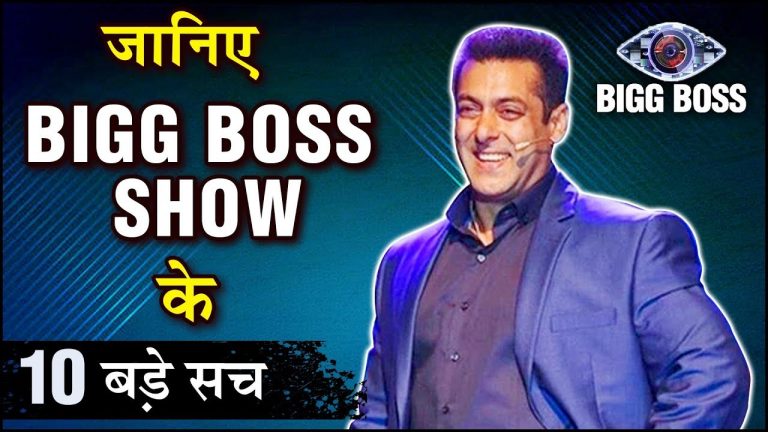 Bigg Boss is one of the most sought after reality shows. You will be surprised to know that it has more than 10 million viewers. This magnificent show was started in 2006 and it has successfully completed 13 seasons. Season 14 is ongoing. But do you know these nerve wrecking facts about the show?

1. Renowned actor Salman Khan hosted 10 seasons of the show. But this show has also been hosted by celebrities like Arshad Warsi, Shilpa Shetty, Amitabh Bachchan, Sanjay Dutt, Farah Khan and Salman Khan.
2. In season 14, contestants first underwent covid-19 and other medical tests. They were even quarantined for 14 days. Then only they were granted entry in the house.
3. The set is very fascinating as it consists of a mini mall, theatre, spa and restaurant. There is no jail in seasons, instead a red zone is constructed.
4. The wake up call for contestants is dependent on the time their previous night shoot is wrapped up. They do not always wake up at 8.00 am as shown to us in the show, actually their wake up call is dependent on the time their previous night shoot is wrapped up
5. To ensure every corner of the house is under surveillance there are around 90 cameras installed in the house to capture each and every moment and to keep an account if every second. The Bigg Boss house have mainly two types of camera namely robotic and track to capture everything that is happening in the house.
6. Atul Kumar is the man behind the sensational voice of Bigg boss. He has been doing his job since the beginning of the show.
7. The contestants have to keep the house clean but still Bigg Boss hires a cleaning staff to clean the house once per week. During that duration contestants are shifted to another alien place. As the interference of outsides is not allowed
8. No intimacy is allowed in the Bigg Boss house since it’s a family show, even if some contestants do get too close the scenes are edited out.
9. The contestants are not allowed to take any branded products inside the Bigg boss house or promote any of the brand that is not associated with Bigg Boss .The contestants in the house can make a special request to Bigg boss in case they need something or if their goods are over.
10. To broadcast Weekend ka Vaar on weekends, it is never shot on Saturday or Sunday instead it is shot one or two days before the weekend.


These were a couple of mind blowing facts. Do you know some more spellbinding facts like these? If yes, then do comment down below.