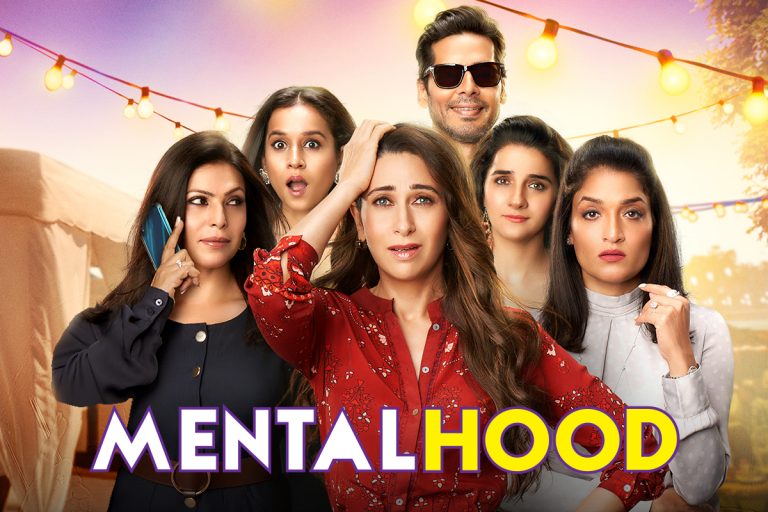 Made under the banner of Film Farm India, Mentalhood is an Indian web drama premiered on March 11, 2020, on the streaming platforms Alt Balaji and Zee5 and Karishma Kapoor embarked on the new journey of drama series running digitally throughout the nation by emerging in this Indian drama named Mentalhood. The series contains 10 episodes and has an IMDb rating of 8.1 out of 10. The show is written by Ritu Bhatia and Suyash Khabya and directed by Karishma Kohli.

Mentalhood is based on the stories of four “modern” mommies finding ways to lead efficient parenting and go through every possible way in order to bring out the best alternatives to be a good parent and lift up their children in a subtle yet meaningful manner. A parent can go from fun to ferocious, rational to mental, and parenthood to the mental hood and that’s what the series talks about. If a mom does not go out of her mind, she is probably doing her job wrong.

The series is a roller coaster ride of love, care, emotions, real-life problems, competition between several moms, compromises, fights, and reflects the male-dominating society who mostly run away from the responsibility of upbringing a child but when it comes to a single father, he undergoes every possible battle to make sure his child gets the best. The series is the screenplay of five different kinds of mothers and a single father which makes it count six. How complex it gets to be the best in the vision of your child, how many “never-saw-coming” problems emerge in the life of your child and you do not leave any stone unturned to make it good, all these scenarios have been shown by the makers and have endeavoured to give a message through the show.

As season 1 received rave accolades and ran absolutely enthrallingly on the floors, the audience seems agitated for the sequel chapter. The season will have another venture is highly anticipated if we go through the graph of season 1. People loved watching Karishma Kapoor on the screen after ages and that too with a bang. With a unique storyline and impeccable casting, the series received enough attention from the viewers.

By far, the series is not reiterated for another chapter but we look forward to it and we might get to hear about the second instalment of it pretty soon.

If the same is happening, we can expect the sequel to arrive by the end of the year 2021 or by the mid of 2022 as not even a deliberation is pondered on the making of season 2 yet.