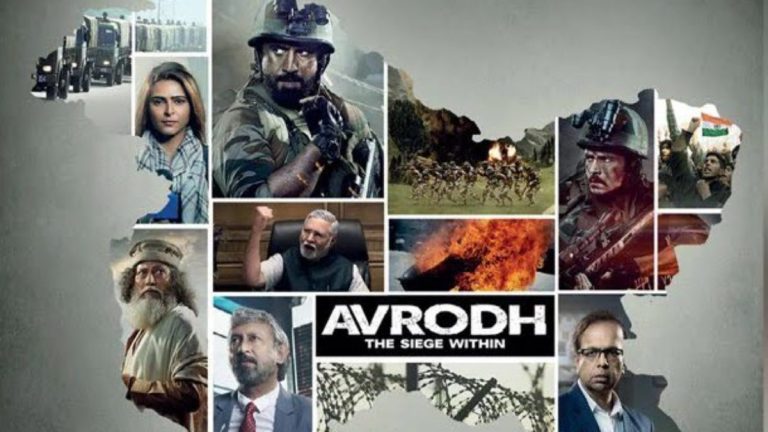 Avrodh: The Siege Within is an Indian Military Drama OTT released series that premiered on July 30, 2020, on SonyLiv. The series is inspired by the famous events that affected the country and its people namely Uri: The Surgical Strike that happened in the year 2016, and Indian Line of Control Strike and an attempt to present the behind-the-scenes scenarios that take place during a crisis.

The series consists of nine episodes which underline the tireless efforts that are put in by the Indian Army. The series is based on a chapter “We Don’t Really Know Fear” from the book India’s Most Fearless written by Shiv Aroor and Rahul Singh.

The story is about the unfortunate death of a military figurehead (the chief) named Bilawal Wani and witnessing the aftermath of it such as Pakistans’s active participation in cross border attacks, the functioning of military and terrorist in Jammu and Kashmir, the pressure made at the global level, and the involvement of journalism into the story.

By far the creators have not put forward any revamped ideas regarding the sequel of the series. If the same returns with the second season, we may grab our seats during the late 2021 and watch it and this is just anticipation, the confirmation news or an official announcement may work better for the audience putting their eyes on its arrival.

The cast of season 1 is as follows:-

Season 2 may or may not cast the same actors who appeared in season 1, nothing can be said as of now.