Made In Heaven: Season 2 updates. 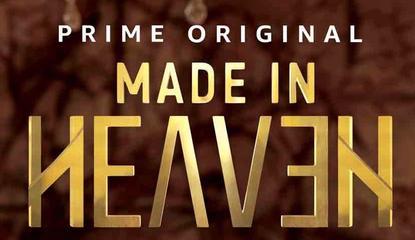 2019 made Indian Drama web series Made In Heaven encircles around the two wedding planners Tara and Karan who runs an agency called Made In Heaven in Delhi who encounters the lives of different groom and bride with each ceremony they plan. The series focuses on today’s India as a powerful mixture of old as well as new traditions and how they compete with the new and modern hankerings. They learn about the complexities of Indian weddings and the journey give them their picture of the true self which goes this way, Tara is a woman from the side of the path who designed her road to the high society by the means of marriage and Karan, on the other side is a gay living in a country where homosexuality is not acceptable.

The first episode of MIH premiered on March 09, 2019, and consist of 9 episodes in total. It has an IMDb rating of 8.3 out of 10 and the feedbacks received were mainly for the subject of homosexuality and affair, love and hurt, friendship and betrayal and all the emotions which blend to create a good piece of Indian Drama.

The second season of the show is confirmed and will be on floors the next year. The announcement was made by Zoya Akhtar on Instagram in the year 2019 and therefore we can ensure ourselves that yes, there will be season 2 of Made In Heaven.

And many other personalities as recurring and guest appearances.

Season 2 will comprise of the same lead roles as the 1st season, new faces might be introduced as the guest and recurring roles.

As told by the actor Shobhita Dhulipala, “season 1 ended at a place where the show could witness many possibilities. I am curious to find out how Karan and Tara become so close, how she is non-judgemental and what happens to them now? How risk-taking are they going to be”? So now we know what are we going to witness in season 2 of MIH and how is it going to answer the unanswered questions.