Bigg Boss 14: Eijaz lands Into A Physical Argument With Rubina 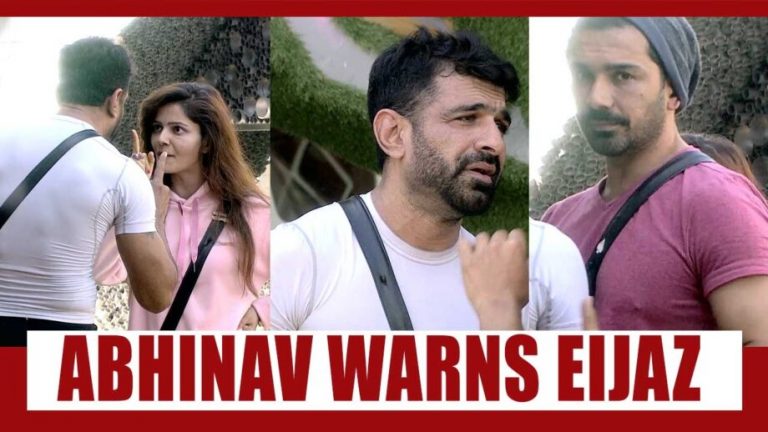 RIFT BETWEEN RUBINA AND EIJAZ

Bigg Boss 14 will witness a huge rift between Rubina Dilaik and Eijaz Khan tonight. There is apparently a ‘food surplus’ problem in the house. The housemates won the luxury budget task and claimed this. Eijaz Khan started eating into other’s rations, more than what was allotted to him. Food is a major ticking bomb in the house. It has been a major reason for fights between inmates.

Rubina Dilaik enlightens Eijaz Khan on how people fall ill due to over-eating. Eijaz Khan pays no attention to what she says and sets off the trigger and a fight is initiated between the two. Rubina Dilaik has reportedly even used the word ‘habshi’. We have seen earlier that Rubina raised her voice over this food issue

Eijaz Khan takes the argument to the next level and lands into a hatred argument, Rubina tells him to stay away. He in turn will give her a hi-five to which Rubina will tell him not to touch her without her permission. Abhinav Shukla intervenes and comes charging at Eijaz warning him not to touch his wife. Rubina Dilaik eventually breaks down stating how Eijaz has no regard for personal space.

Rubina Dilaik and Abhinav Shukla are a couple who have won many hearts on the show with their dignified gameplay. Their game strategy is based upon observation and action. Eijaz Khan has been playing without a support system for a long time now. But It looks like Bigg Boss has punished everyone and declared that people have to earn their ration going forward.

It will be interesting to see what change will follow next.