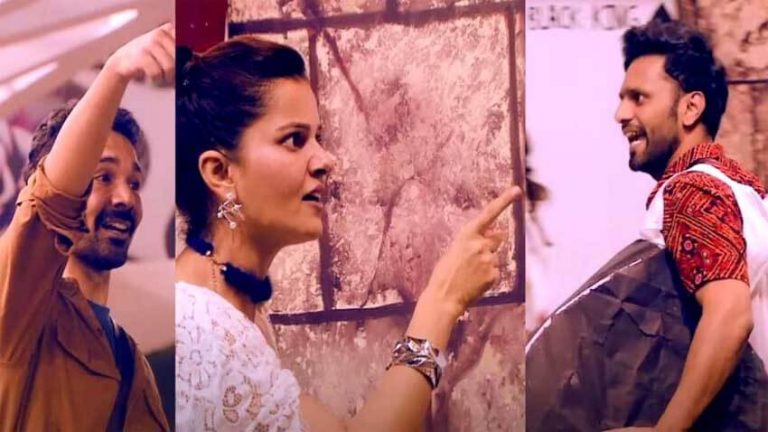 THE ONSET OF FIERCE FIGHT

Big Boss is known for it’s ferocious fights and here is another tale of savage . The fight initiates when housemates of the Bigg Boss 14 house were assigned a task wherein, Rakhi Sawant had to eye on Abhinav Shukla from the water tank kept on her terrace area. Each time he came on his terrace, Rakhi had to click his picture.

RAHUL VAIDYA AND THE MISHAP

Rubina Dilaik as Vikas Gupta, who was from her team, hid the camera underneath the sofa by entering the other side of the terrace. Rahul was irritated by this behaviour and picked up a fight with Rubina and Abhinav. He started calling Abhinav Shukla “nalla nalla.” Abhinav, too, striked it back. The singer continued saying that the husband-wife duo only knows to bring out everyone’s “aukaat” (stature), and are capable of nothing.

While Rahul Vaidya and Abhinav Shukla fought with each other, Rubina Dilaik was seated behind on the cot with Vikas Gupta. She was smiling at Rahul’s pettiness and told him that he has no spine at all. Rahul said that the couple has got scared now.

Rahul also warned Abhinav that he is lucky because his time is running right or else, he would have to face its repercussions. Rahul continued to call Abhinav “nalla, nalla” and called Rubina Dilaik ‘Nalasopara ki rani.’ To which, Abhinav asked him to get some new words because these have become old phrases now.

Rahul replied by saying ‘Dindoshi ka raja’ is old but ‘Nalasopara ki rani’ is new. Earlier, during the day in the episode too, Rahul and Rubina had a fight wherein, the former told her to not bring his girlfriend, Disha Parmar’s name in the house because she isn’t a part of the game. Rubina had told Vikas that he saved Rahul from the nomination because Disha is his friend.

Rubina stated that Rahul, too, shouldn’t drag her husband in between because they both have their individual identities. Rahul Vaidya and Rubina Dilaik’s fights often become the most-discussed one.

TRENDING:ALY’S DEFILING VOW FOR RAKHI, OTHER MEMBERS DECLARE REBELLION AGAINST HER CAPTAINCY