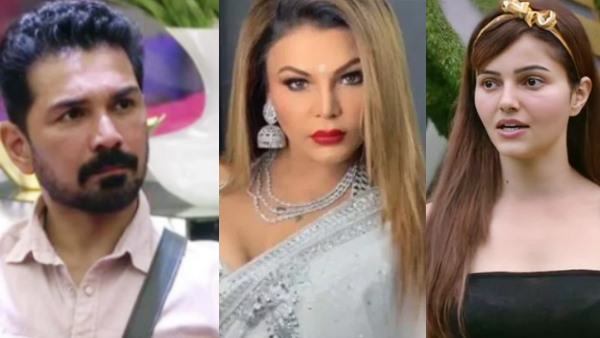 It was evident from the clips that she wants to be his girlfriend as she likes Abhinav’s nature, knowledge, and also his physique. Rakhi even went on asking Bigg Boss if Rubina and Abhinav are together or not, and said that she would try hitting on him if they are not, to which Bigg Boss told her that they are together.

Rakhi, who was seen talking about her secret husband in earlier episodes too, was seen telling Bigg Boss that she misses her husband and wants him to reveal himself in the show. She also made a shocking revelation about her husband, stating that he had threatened her with divorce on the day of their wedding because the news about her marriage went viral. She also disclosed that her husband left her only three hours after their marriage and never returned.

Meanwhile, there are reports about Rakhi’s husband, Ritesh being in talks with BB14 makers to enter the show as a wild card contestant. However, there is no clarification pon the same