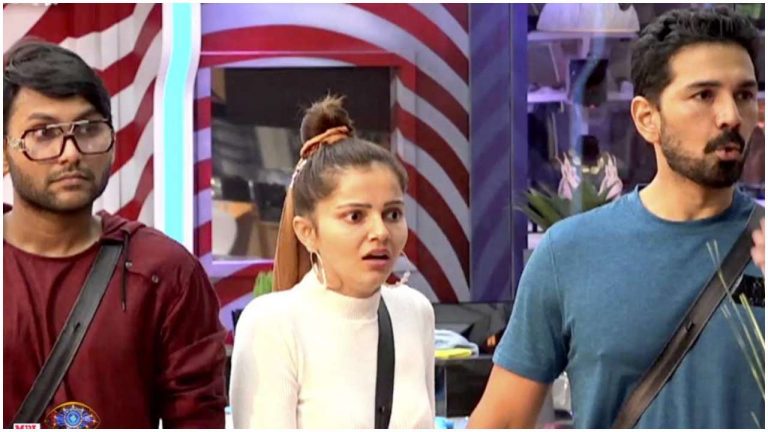 The Drama going on in the bigg boss house has unfolded its new layer and . We witnessed some dynamic options of major fights in the past week. a new task was allotted which brought out the deep rooted hatred among the contestants. There was a series of twists and turns starting from Abhinav Shukla eliminating Ali Goni from the race of captaincy to Arshi Khan choosing Vikas Gupta over her friend Rahul Vaidya for the captaincy post.

The last task brought misfortune in favour of   Abhinav Shukla, Eijaz Khan and Rahul Mahajan as it  nominated  them for eviction. Rakhi Sawant has been selected as the most entertaining contestant this week, as she entertained everyone by acting possessed.

The results of the final nomination are out and they are not eyesome. Except for Vikas Gupta, everyone is nominated for eviction this week. While Nikki saves Rahul Vaidya and Rubina, Arshi saves Eijaz and Aly. Eijaz opted to save Aly and Sonali. Aly’s choice to save was very obvious, he saved Jasmin and Rahul Vaidya.

It seems like camouflaging culture is flourishing in the Bigg Boss house . Things are not the way they appears to be . What course in going to unfold next? To get all the updates be in the loop and stay tuned!