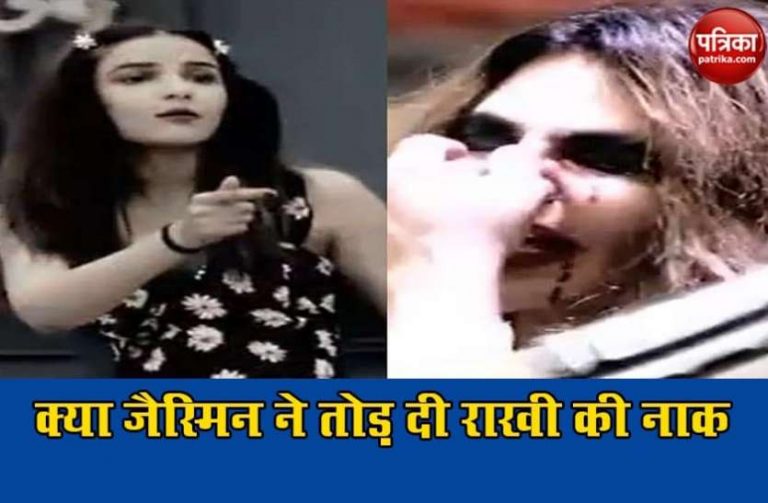 Recently BB14 circulated a 440 volt shock when he announced that all of the contestants were nominated except captain Vikas Gupta and Rakhi Sawant. Despite this fact, viewers glimpsed some major fights happening inside the house. The highlight was the fight between Rakhi Sawant and Aly Goni as well as the ugly war of words between Arshi Khan and Rahul Vaidya.

In the recent episode Rahul Vaidya was accused by Arshi of being a fake person because he left the show midway. Rahul tried to untend the matter but Arshi’s ruthless comments forced him to cross the threshold , he entered into a war of words with her. l. She taunted him to which Rahul Vaidya replied that there is a reason why people do not want to talk to her.

He further added , “Teri koi haisiyat nahi hai is ghar me rehne ki.” Rahul then called her a ‘bhari bartan’ which offended Arshi. He said, “Not only your weight but you should also increase your brains.” When Arshi asked him to respect women, he asked her to respect herself first. Arshi was then seen complaining to Bigg Boss, ” Rahul Rahul Vaidya is body shaming me.” Rahul said, “I stand by whatever I say.”

RAKHI SAWANT INITIATED AN EARTHQUAKE IN THE HOUSE

After this, Rakhi jumped into an ugly fight with Aly Goni and Jasmin Bhasin. She said that the person who will say anything about coffee, will meet with an accident , which was indeed an irrational behaviour as she wished physical harm on those who spy on her.

This irksome behaviour agitatedAly Goni and he shouted saying, “you are saying disgusting things. Enough!” Abhinav Shukla joined him and said that she was wrong in saying what she did. However, Rakhi replied that they were no one to judge her. Aly further said, “Paagal-vaagal hai kya? Accident kaise bol sakti hai kisiko? Like this the arrow left the bow and initiated a altercation between Rakhi and Jasmine

Jasmine slammed a large bird head mask on Rakhi’s head. Rakhi screamed out in pain and banged her head on the table. Aly  tried to stop her from hurting herself. “Oh my God! Mera nose.”Rakhi said. She further raised the heartbeats due to her creepy makeup

Jasmin then said, “I told you not to mess with me .” Rakhi said that she would require surgery. Kicking the same penguin hood, Jasmin said, “Nautanki.” Rakhi took off her mic and threw it on the ground. “You are a crazy, desperate woman,” Jasmin said to Rakhi during the fight.

Vikas Gupta and Sonali Phogat  took their stand in favour of Rakhi Sawant. Later she  was sent to the medical room for a check-up.Jasmin  was scolded by Bogg Boss for her deed Bigg Boss added that  she isn’t being evicted from the show as she didn’t intend to hurt Rakhi. Jasmin was seen crying after this saying that Rakhi is just trying to defame  her image.

We expected another pinch of drama and here it is . Whose behavior  do you think was justified ? what Jasmijne did was reasonable or not? Do let us know.