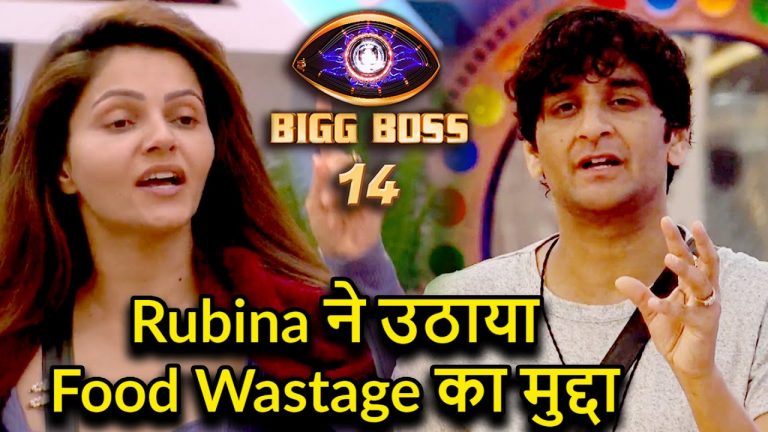 Bigg Boss is not only known for entertainment but also due to some moral values it teaches us. This time Rubina is the preacher.

The contestants in the house get their ration monthly where they have to prepare their own food within that amount only. The housemates always try to use limited ration and accumulate it. But there are also times when the ration is wasted like anything in the Bigg Boss 14 house.

In the recent Extra Masala clip, Rubina took up a bold step and stood against food wastage in Bigg Boss  14 house. Rubina told everybody, “Jab tak hamare pass extra thelliya, chawal aur atte nhi aate, nobody gets, we have to be cruel.” Vikas Gupta supported her and said that it was not cruel in fact, that was the right thing to do it.

Jasmin also united on the same argument and raised her voice against the food wastage. While talking with Eijaz Rubina told him a crucial point that from the last 3-4 weeks everyone has been wasting ration.

They are eating at their whims and fancies and said, “Kabhi parathe khane.” In the past week, she had thrown 2-3kgs of rice.They were throwing nine chapattis on a daily basis. Eijaz enquired, “Ration utna hi aaya hai, wastage hui hai kafi,” to which Rubina nodded her head and said, “Absolutely.”

Rubina also said, “Sabke taste glands badh gaye hai, meetha chahiye,” everybody wants parathas in their own style. At dinner, they want parathas which obviously take a lot of atta(flour). Jasmin Bhasin added that the values like discipline thankfulness are somewhere absent in the house and in the house has gone now.