WHO IS THE NEW CAPTAIN? BB14 UPDATES 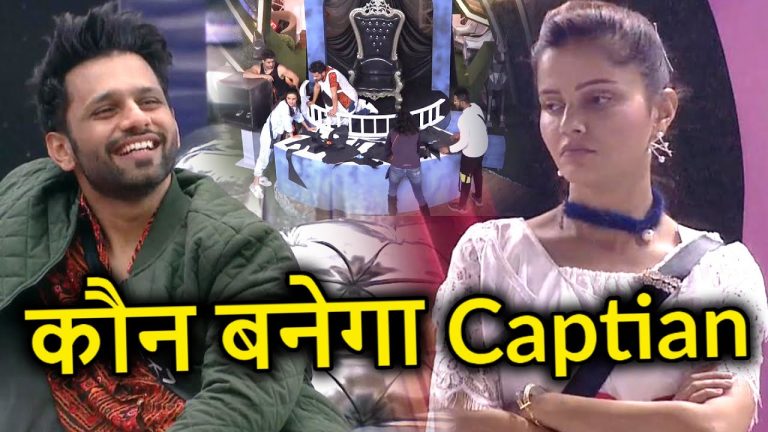 BB14 is taking tangled twists every now and then.The rise of captaincy is in its full swing participants are taking the challenge very seriously. Looking up at the current trends 3 people namely Arshi Khan Rakhi Sawant and Rahul Mahajan are the the remaining contenders for captaincy Vikas Gupta want to be a part of this task as he has already been a captain before . Vikas will not enjoy the privilege of being a captain again

Not only this task of captaincy but the very humorous theme JULIE KA BADLA its full force since the starting of the week. Eyes of everyone have been fixed upon the prestigious post of the capitan . But this is also true that not everyone can make it to that post

Talking about Rakhi she is doing an impeccable job by acting like Julie what according to the contestants she is not at par with them. Her behaviour is irksome to them. trying to break the rules of the game by ripping up the clothes of other contestants.

Rahul Mahajan has also been balancing the ball very carefully to make it to the post of captain this time. taken justified stands this time and his gameplay is highly appreciated by the spectators

Arshi Khan is not behind the two .Despite her vociferous fights she has still made a mark on the show and seems to ety confident about skills and strategy.

Let’s hope this doesn’t turn ugly and may the most deserving one win this race.