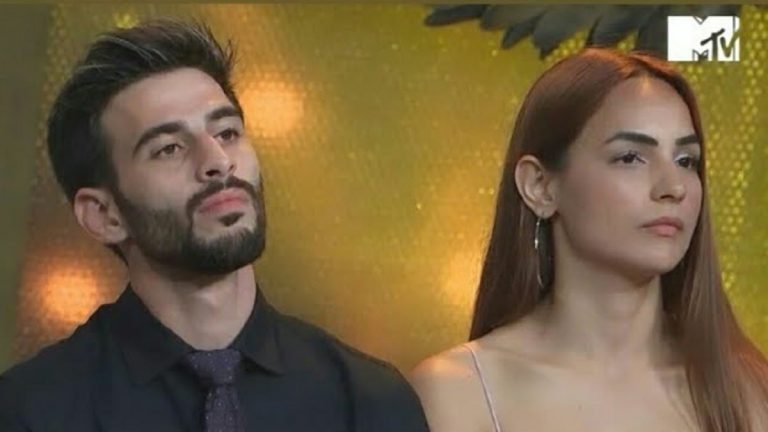 Splitsvilla 13 episode 8 releasing on 24th April is full of drama and spice which started with Samarthya explaining why he said that he wasn’t feeling the connection between him and Janvi. People try to sort things out between them. Now, Sapna have to choose a guy for her connection which starts with Dhruv who really tried hard and Sapna was also feeling good with him. Nikita wants to quit the show because she feels that everyone says she can’t do anything. Kat tried to console her.

Splitsvilla 13 went to the location of the challenge. Sunny and Ranvijay looking all stunning said that Sapna has the chance to go to Gold Villa with her connection if she wins today. The show cool down when Riya and Shivam showed their cute love.

Now, its time for Sapna to choose her connection, and it was Dhruv. Ranvijay tells the challenge to Sapna that she have to choose one girl for the challenge. Nikita volunteered herself saying that people are sexist in the villa and I wanna prove them wrong.

Sapna went with challenging Samrudhi. Then they chose one couple to help them in the task and that couple will get a chance to go to Oracle. Samrudhi chose Nikita and Sam and Sapna chose Kevin and Kat.

Now Sunny introduced the challenge of episode 8 Splitsvilla 13 as “Dil Badlu.” The challenge started and everybody performed really well including Nikita. Shivam was targeting Dhruv and Sapna. The challenge was going on with a lot of fun and hurdles. Everyone was hooting for Samrudhi team which demotivated Kevin. Now the winner of this challenge was Sapna team.

Now, it is the time for Splitsvilla 13 dome session. Ranvijay made a big announcement which shocked everybody. Today, a whole couple will get dump in the dome session. Vyomesh gets to choose a girl to make his connection and he chooses Arushi. They both goes to Golden Villa. Gary brings the point of him and Shivam fighting yesterday and how he felt so bad and mood went on fire when everybody starts fighting with Shivam.

Kat and Kevin and Sapna and Dhruv got the chance to write the names of couple they wanna dump. The other two couples of Golden Villa gets the chance to save one couple from Silver Villa. Avantika and Nikhil can’t come to a common name and things got fired up but eventually Avantika agreed in the end.

Kevin and Kat got the chance to go to the oracle. They were announced ideal match by the oracle. They’re Splitsvilla 13‘s first ideal match. Now its time for dumping session and the couple they chose to sump were Jay and Aditi. Nikhil and Avantika saved the same couple and the doomed couple got saved. The season ended with a bang.