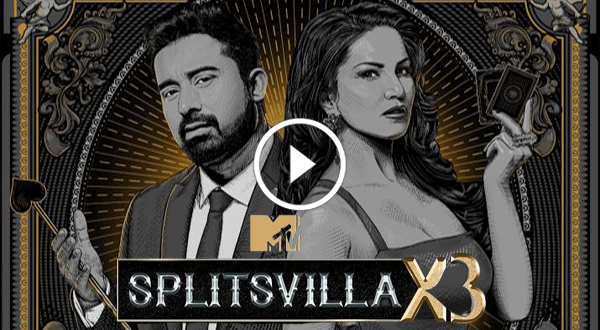 From finding the ideal match to doing tasks together these Splitsvilla contestants face a lot of difficulties in understanding each other. But it’s a worth watch drama show.

MTV presents Splitsvilla is a TV reality show where guys and girls come to find a perfect match for them while facing challenges.

The episode started with a bang where Vyomesh and Azma got the chance to go on a date with three people of silver villa, of their choice. Vyomesh chose Bhumika, Arushi and Nikita. Although the fight between Vyomesh and Arushi was still fresh, he thought that it’s a good chance to sort things out. As the date started, Arushi was not ready for it and instead of sorting, they ended up fighting again. Nikita left before that and Bhumika was the one who stayed.

Meanwhile Azma being all cool and stunning, chose Shivam, Jay and Gary. Their date was pretty fun as Azma started complimenting herself. Shivam started with his obvious ‘shayari’ where Azma got bored and everybody laughed. Gary left in between as when Azma asked them if anyone wants to be her connection, he refused. Then she made a push-up challenge between Shivam and Jay. She was totally liking Shivam’s dressing sense.

The show then turned and it was time for the task. Ranvijay an Sunny, looking awesome as always, explained today’s task. The task was done in trio, one boy and two girls. The contestants chose their partners accordingly. Then the task started and one by one everybody performed and challenged each other. The moment got a little heat when Vyomesh and Kevin had a argument. Everybody was shocked as they used to be good friends just yesterday. It was a fun task day and some tasks were funny some were intense.

The team who scored the most was Kat’s team with 9 points. Kat and Kevin got a romantic moment when Kat did a difficult task and Kevin supported her and gave her attention. Dhruv’s team was second as he got a lot of challenges. This episode was full of heat and funny moments, where friendship broke and some connection got lost and some got pretty close.

What’s gonna happen next? Will their be a wildcard entry? Watch the next episode to find it out!