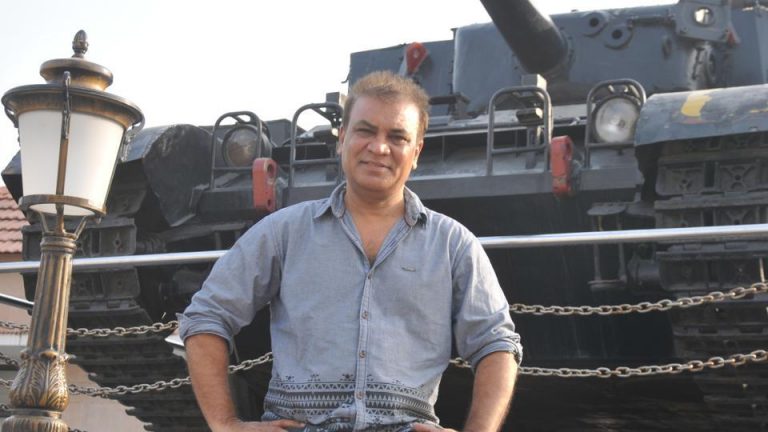 Vipin Sharma is an Indian film actor who is primarily known in Hindi cinema for his work. He is an alumnus of the Canadian Film Centre, Toronto, Ontario, Canada, and the National School of Drama, New Delhi, India. He played the role of a dyslexic child’s dad in Taare Zameen Par (2007), written by Amole Gupte and directed by Aamir Khan. He was last seen on Amazon Prime in the web series Patal Lok in 2020.

Sharma spent his early childhood in a Delhi slum. Even though he was interested in acting from his early days, after listening to the radio talk of the great legend Sanjeev Kumar, he became interested in theatre. He joined a small theatre group in Punjabi to perform various strange jobs in Delhi, such as selling tickets or serving teas. He graduated in 1983 from the National School of Drama, India.

Vipin Sharma is one of the Hindi film industry’s most talented actors. For the role of the strict father Nandakishore Avasti in Aamir Khan’s movie ‘Taare Zameen Par’, the actor who is from a good acting background is best remembered.

A graduate of the prestigious National School of Drama, Sharma was also trained at the Toronto Canadian Film Centre. The actor was nominated in 2009 for the Star Screen Award for ‘Taare Zameen Par’ as best supporting actor.

Vipin has become an established actor in Bollywood since ‘Taare Zameen Par’. He appeared in movies such as “Rang Rasiya,” “The Blueberry Hunt,” “Khushiyaan,” “Sahi Dhandhe Galat Bande,” “Shwet,” “Lamhaa,” “Karthik Calling Karthik,” “Florida Road,” “Oonga,” “Gali Gali Chor Hai,” “Shahid,” “Future To Bright Hai Ji,” and “Special 26.” He has made a lot of short films, such as ‘Kirchiyaan’,’ Calcutta Taxi’,’ Mrs & Mrs. Moosewood’,’ The Squeeze Box’,’ Plastic Love’ and ‘Commentary: On’ and so on. The versatile actor has worked as a documentary and short film writer and post-production assistant.

In the past 5 to 6 years, Vipin has been a part of several popular films. In films such as ‘Yeh Saali Zindagi’ and ‘Saheb Biwi Aur Gangster’, he played important roles. These movies broke his stereotypical picture of TZP’s strict and demanding father. He showed himself to be a versatile actor and a new Bollywood entry to look out for.

Vipin was next seen in Irrfan Khan Starer, a national award-winning film ‘Paan Singh Tomar’ after featuring in these films. He was also featured in ‘Gangs Of Wasseypur’, a crime thriller. In films such as ‘Luv Shuv Tey Chicken Khurana’ and ‘Inkaar’, Vipin demonstrated his distinct style of acting. He gave a good performance in ‘Inkaar’ opposite Arjun Rampal and Chitrangada Singh.

Besides this, he was also seen in the ‘1920’ and ‘Jannat’ horror flicks as well. The talented actor will soon be contributing to the director’s cap to the movie ‘Akki Te Vikki Te Nikki,’ which he has also written. In ‘Identity Card’, ‘Taj’, ‘The Letters’ and ‘John Day’ he can be seen next. In the film industry, the multifaceted actor is all set to flaunt his different talents.

He comes from a family that is financially poor. He used to go to his neighbors during his childhood to watch TV and ask them to let him watch movies because he couldn’t afford a TV at the time. In a radio interview, he said that one day he smashed his neighbor’s gate because he didn’t let him watch a movie. He vowed to become an actor afterward.