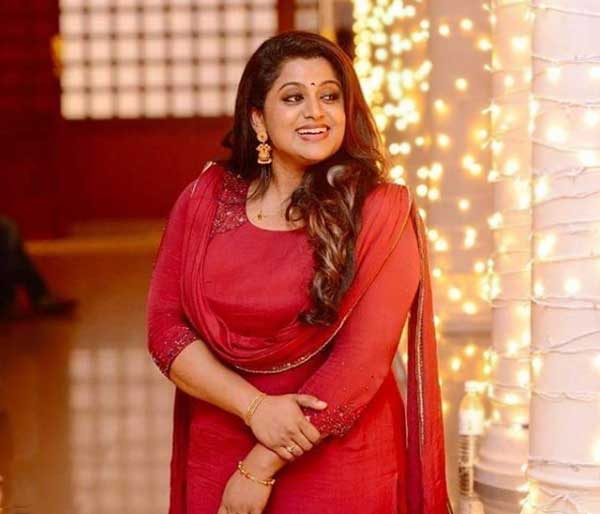 Veena Nair was born on 21 May 1988 (age 32 years; as in 2020) in Kottayam, Kerala, India. His father’s name is Bhuvanendran Nair, and his mother’s name is Lathika Devi. She married Swathi Suresh Bhymi on 21 June 2014, they also have a son named Dhanwin. is an Indian actress, dancer, comedian, and television presenter, who appears in Malayalam films, television, and stage. In 2006, she won the Kalathilakam title at the Kerala School Kalolsavam. It paved her way to television acting. Veena made her TV serial debut with Ente Makal on Asianet, followed by several comedy serials. She made her film debut in 2014 with Vellimoonga. In 2020, Veena participated in the second season of the Malayalam reality television show Bigg Boss.

Veena was born in Olassa, Kottayam district in Kerala, India, to Babu and Lathika. She has a brother. She started learning dance at the age of four as her mother was a dancer. In 2006, she won the district-level Kalathilakam title at the Kerala School Kalolsavam.

She first appeared on-screen on the telefilm Comedy Paarakku Maru Paara directed by her father. Veena’s Kalathilakam title win at the 2006 Kerala School Kalolsavam got her media attention and received her first acting offer in a television serial in 2007, Sthreethwam, on Surya TV, but it was canceled before her portions was telecast. After that, she appeared in the serial Makal on Asianet and it was followed by a number of such TV serials, including Sasneham, Shyamambaram, Veendum Jwalayaayi, Kunjali Marakkar, Nilavilakku among others. Until then, she was doing characters with negative attributes. It was with the comedy serial Sanmanasullavarku Samadhanam on Asianet that she played a role with bits of humor.

She debuted in Tamil with the serial Thendral on Sun TV. She played Kokila, a full-fledged comedy role in the sitcom drama Thatteem Mutteem on Mazhavil Manorama. Impressed by her performance as Kokila, she received a call to act in her first film, Vellimoonga in 2014. It was followed by a number of Malayalam films, including five films in 2015 itself. She has also performed dance and comedy skits on stage in India and abroad. In 2020, Veena participated in the second season of 15 week-long Malayalam reality television game show Bigg Boss.

On 21 June 2014, Veena married singer, music producer, dancer, and radio jockey Swathy Suresh Bhymi. The couple has a son Dhanwin, born on 12 November 2016. Bhymi works as RJ in Dubai. After marriage, Veena moved to her husband’s home at Perunna, Changanassery. She identifies herself as a foodie.