UGLY FACE-OFF BETWEEN JASMINE AND RUBINA 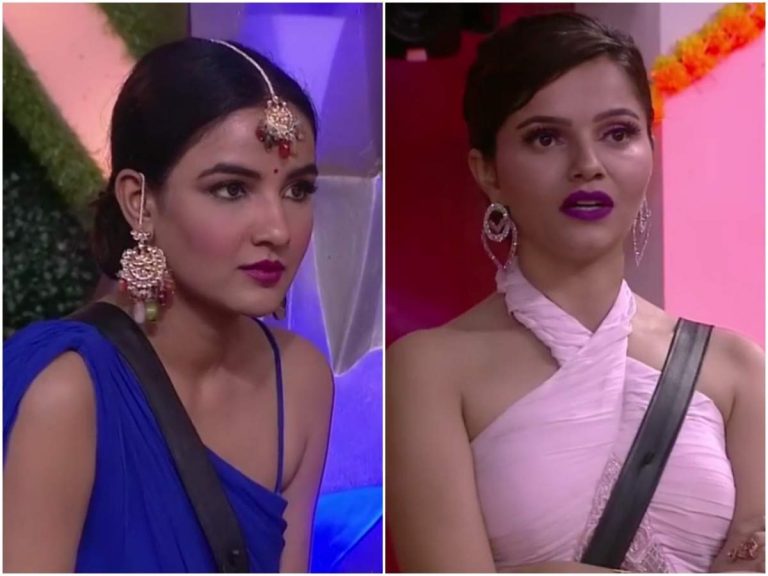 DISTRUST BETWEEN RUBINA AND JASMINE

The friendship between Rubina Dilaik and Jasmin Bhasin has been on a rollercoaster ride till now and has witnessed quite some ups and downs in Bigg Boss 14 up till now. It seems that there are some differences and trust issues prevailing between them.

In the recent episode of Bigg Boss 14, Rubina opened up on Jasmin Bhasin and her behaviour with hubby Abhinav. There was a discussion on how Jasmin’s behaviour has changed ever since Aly Goni returned and gave her a sneak peek on her on-screen image portrayal.

REASON BEHIND THIS FIGHT

Rubina discussed with Abhinav how she feels that Jasmin is trying to play a good part everywhere. She has also been building some kind of bonding with Nikki Tamboli and all the other housemates too. She further said, “That’s why I don’t want to trust.”

Later in the day,  spectators witnessed a  disagreement between both Jasmin and Rubina.

In contrast with Rubina’s thoughts, Jasmin tried to explain to her that she needs to handle Arshi Khan calmly when needed, especially when it is something related to Bigg Boss himself. Presenting this genuine piece of advice she asked Rubina to be a bit understanding at some moments.

Jasmin further put forward the argument that Rubina sometimes has that superiority complex, the latter justified it by  saying that she cannot always handle things calmly. Rubina also added that it is her way of dealing with things and she can’t stay quiet in situations when Arshi misbehaves.

Jasmin said, “You give her a chance to make an issue” and left. Rubina said, “That is my way of dealing with nuisance.” Is Arshi the apple of discord between the two? What surprise is going to unfold next?