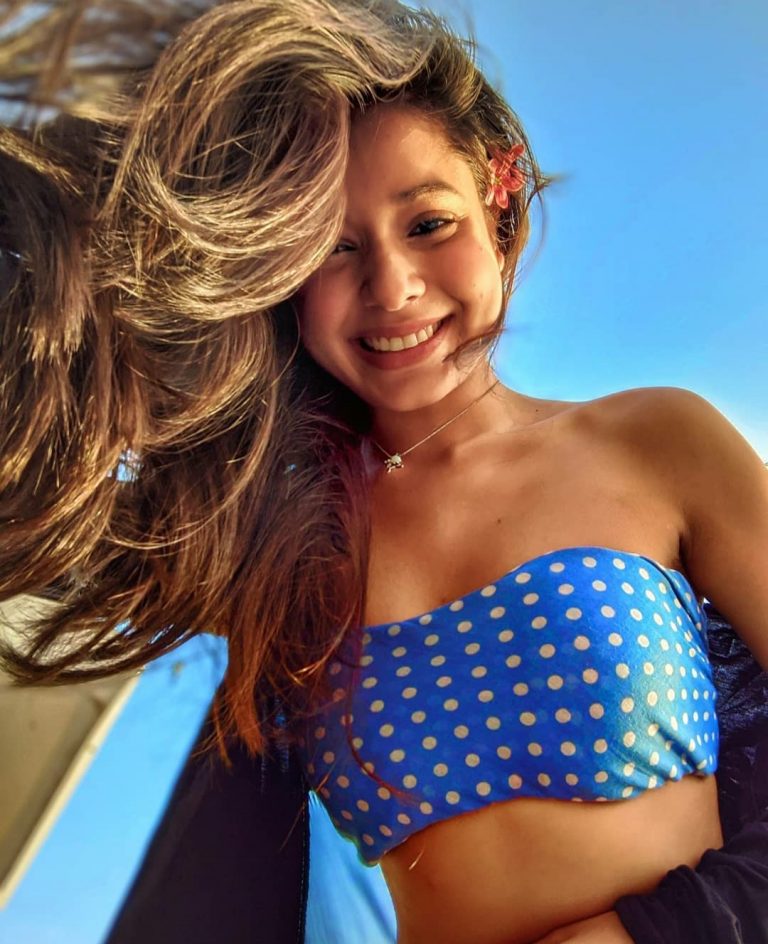 Tripti Shankhdhar is an Indian actress. She works in the Hindi television industry. She is known for her role Maya in Zee TV serial “KumKum Bhagya” (2014). She has also worked for Telugu industry and appeared in “Oye Idiot” in a supportive role (2020).

This article will inform you more about Tripti Shankhdhar’s family, career, appearance and more.

Tripti belongs from a Hindu family from Barielly, Uttar Pradesh, India. Her father’s name is Ram Ratan Shankhdhar and her mother is a homemaker. She also has a brother. She currently lives in Mumbai, Maharashtra with her mother.

Recently, she was all over social media and news channels as she posted a video of her accusing her father of torturing the family. In this video, she told the audience about how her father does not allow anyone to use their phones or talk to anyone and tortures them to give their earned income to them. He does not allow them any freedom. She cried and begged for help. Currently, she is in a better place.

Tripti’s relationship status is not much known. This section will be updated soon.

Tripti did her schooling from Bishop Conrad Senior School, Uttar Pradesh, India. She did her college from Institute of Creative Excellence, Mumbai and holds a degree of Diploma in Acting.

Tripti started her career as a Model and appeared in local fashion and modeling shows from where she gained popularity. She came into fame when she acted as Maya in “Kumkum Bhagya” in 2014. Along with Televison and Modeling, she has also worked for a Telugu movie “Oye Idiot” in (2020).

Her current net worth is still under review and will be updated soon.

Tripti is a young and gorgeous girl with a good physique. She owns a slim figure with impressive body measurements.