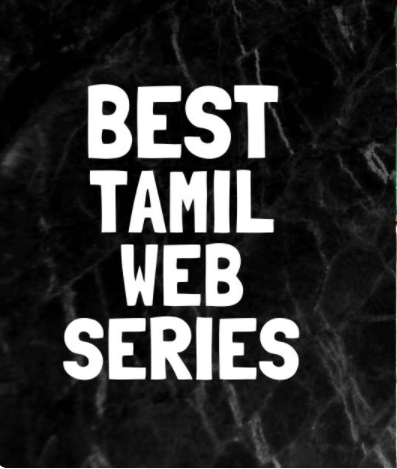 Having watched the best Tamil web series and movies, we are familiar with the traditions of South India. In recent years, the Tamil film industry has grown because movies like 2.0, Kabali, and Vigil have been released. Movies with low ratings and low budget earn more revenue than movies with high ratings and big budgets.
The Tamil industry has given us so many series to watch and adore, and here are 9 top web series that you HAVE to binge!

CAST Arul Doss, GM Kumar, Nandhini, Pasupathi, Tamannaah, Vivek Prasanna
DIRECTOR Ram Subramanian
GENRE Crime, Drama, Murder, Mystery, Police Procedural
LANGUAGE Tamil
SEASONS One Season
RELEASED May 20, 2021
PLATFORM Disney+ Hotstar
The story revolves around Anuradha (Tamannaah) protecting her father, who is prime suspect in a murder case. But it does little justice to the narrative.
It begins with Anuradha’s troubled life. She is an ethical hacker, but someone is hacking into the company’s systems at work. She has a father who is losing his recollection every day, and she is a daughter. The house she owns has a problem. She wants to sell it, but buyers aren’t very interested. In every step that Anuradha takes, she faces issues, and she only realizes their connection much later. Are her problems solved?
You can watch the trailer here –

CAST Anandhi, Daniel Annie Pope, Kajal Aggarwal, Premgi Amaren, Vaibhav Reddy, Yogi Babu
DIRECTOR Venkat Prabhu
GENRE Horror, Thriller
LANGUAGE Tamil
SEASONS One Season
RELEASED Feb 12, 2021
PLATFORM Disney+ Hotstar
Jennifer Matthew (Kajal Aggarwal) and her television production crew are temporarily living in a house while filming a reality show. However, things take a turn when you learn that there is a ghost in the house who is causing paranormal activity. The premise of Venkat Prabhu’s show is that the line between fiction and reality is a thin one.
You can watch the trailer here –

To give you the perfect binge-watch experience on the weekend, you can watch Kuruthi Kalam Tamil Web Series full episodes & videos online on MX Player. In Kuruthi Kalam, vengeance and upmanship give birth to a gang war drama. A gangster in Chennai, Paneerselvam, is close to death and must pass his empire over to someone. In the end, he picks Venkatesh and Moorthy as his loyal henchmen. The duo now gets the responsibility of leading the city and carrying on their seniors’ legacy. However, Ganeshan is unable to accept the fact that Paneerselvam’s juniors have been given that authority. This doesn’t sit well with Ganeshan and he decides to use the age-old divide and rule technique to turn Moorthy and Venkatesh into each other’s worst enemies. Corrupt police and politicians fuel bloodshed, gang wars, and high-intensity rivalry. The young, to-be cop Vijay finds himself in an unprecedented situation. In the end, who will win? How far will Vijay go to stand up for his morals or will the system have the last word? Discover more about the Kuruthi Kalam Tamil web series on MX Player.
You can watch the trailer here –

DIRECTOR Venkatesh Babu
CAST Sruthi Hariharan, Haritha Badavagopi
LANGUAGE: Tamil
GENRE: Thriller, Crime, Action, Drama, Web Series
RELEASED: 12Feb 2021
PLATFORM MX Player
Together with an ‘all-women’ task force, Inspector Sakthi Pandian is determined to solve the murder of an influential businessman. During her investigation, she uncovers truths that will test her to the limits she never imagined.
You can watch the trailer here –

LANGUAGE: Tamil
GENRE: Drama
RELEASED: 2021
MSD is Mini web series, Story Which tells about Morattu Single Deva, Guy how hates love at early later days He fell in love with a girl.
You can watch the trailer here –