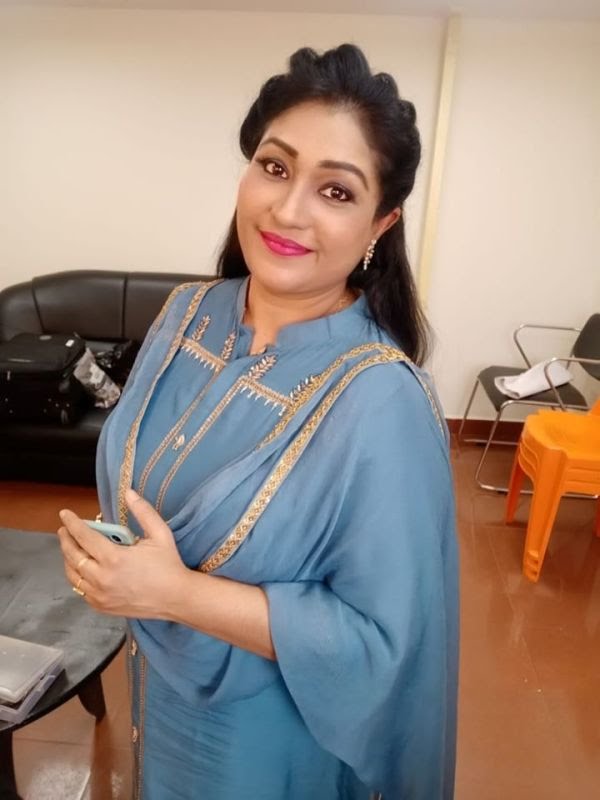 Thesni Khan is an Indian actress, television presenter, and dancer and comedy artist who mostly appeared in malayalam movies and tv serials. She is mainly known for her comic roles in Malayalam cinema.

Thesni khan was born on 5 April 1970 in Kochi, Kerala. She belongs to the middle class family. Her Father Ali Khan was a magician and her mother was a Homemaker. During her childhood, Thesni used to accompany his father in Magic Shows.

Thesni began his acting career by appearing in a Malayalam musical romantic movie named Daisy as a supporting actress. She played the character of Daisy’s Classmate in that movie.

Thesni got the fame by participating in Bigg Boss Malayalam season 2 along with Suresh Krishnan and Veena nair.

Thesni Khan does not smoke or drink.

She loves to play Cricket and cooking.

Thesni is a Non vegetarian and her favourite dish is Chicken Roast and Ghee rice.

She has also participated in shows like Mazhavil Manorama, and Sarigama on Asianet.

Thesni has worked in 20+serial, 100+ movies, 30+ reality shows and some advertisements.