The Family Man Season 2: Are you waiting for it?

The Family Man is an action thriller Indian TV serial which premiered in September 2019 on Amazon Prime Video. It is the story of a middle-class man named Srikant, portrayed by Manoj Bajpayee, working as an Intelligence Officer for the Threat Analysis and Surveillance Cell keeping it a secret from his family. Managing between his family responsibilities and his secretive agency service and how do he and his team come across a terrorist in the city named Moosa Rahman, everything is displayed with good direction and great performances.

The show consists of 10 episodes overall and it received amazing reviews from the critics and the viewers. The IMDb rated the show 8.6 out of 10. Overall the show was fresh as well as entertaining in terms of story and the characters that absolutely did justice to their roles. It has twists and turns that leave us astonishingly excited and therefore, the audience has been eagerly waiting for the second season to arrive as soon as possible. The show is prolonged for 2 more seasons.

The making of season 2 was known as and when season 1 became a big hit and received high appreciation. The shooting of season 2 began in November 2019, the same year when season 1 arrived. Having no information regarding the official date as to when will season 2 of TFM premiere, we can only tell you that the show is expected to be released in December 2020. Let us cross our fingers and wish the same to happen!

Apart from the old characters, there is going to be some additions made regarding the roles that are going to be introduced:

The lead role include:

As the first season of TFM ended on a cliffhanger, we can expect the season 2 to begin from the point where S1 ended. We saw that Moosa got killed by Sajid and the noxious gases began to leak while one of the gas containers burst on reaching a hazardous pressure and the show ended. The story will start from where it ceased. Till then we can only wait and hope for the same twists and thrill in this season like the previous one.

Poison season 3: When is it arriving? 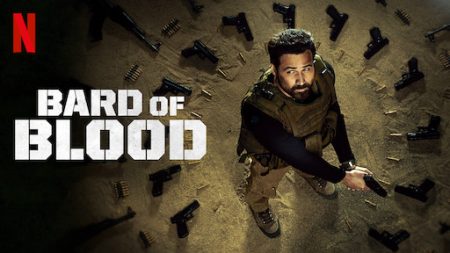 Bard Of Blood- The sequel.

Mirzapur 3: Already in news and much-awaited.