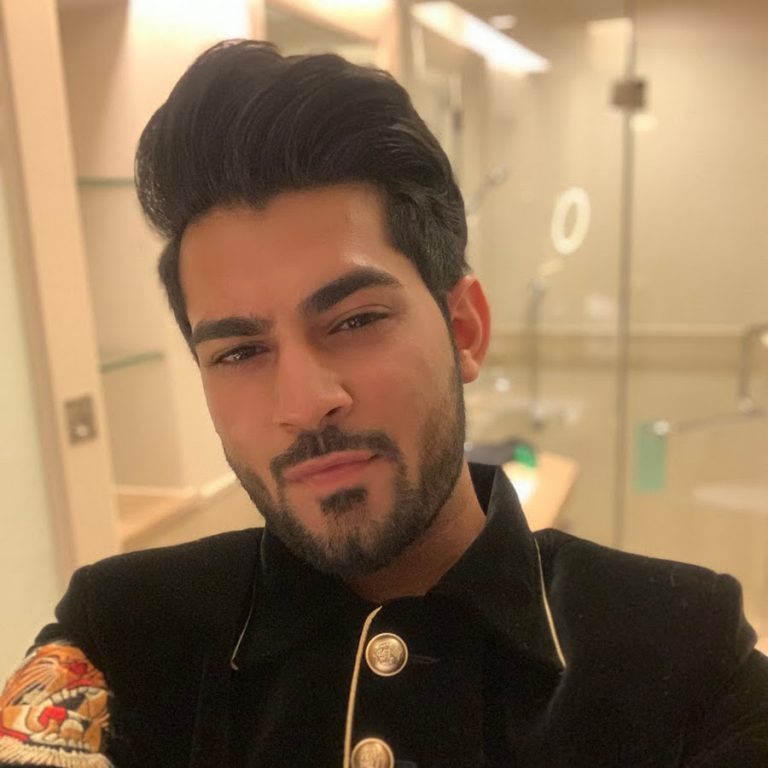 Tehraan Bakshi anchor has appeared on Indian TV show Sa re ga ma pa Punjab for the first time. He is a Graduate from the Asian Institute of Film and Television. Tehraan Bakshi Instagram page has a good amount of followers i.e., of approx. 76k and this number is still increasing. His age is yet not disclosed. He made his career debut as a model. Later on, he became a TV Presenter. One can often see him on the very famous advertising show of Naaptol as he has worked there for several episodes and products. Beside his professional life, he is a dog lover. Garry Sandhu and Arminder Gill are his favourite singers.

Belonging to a Punjabi Family, Tehraan has one brother who is younger than him. Ashish Bakshi is his father’s name and his mother’s name is yet not know to anyone.

Tahreen is a graduate from Asian Institute of Film and Television. He used to go to St. Joseph convent senior secondary school and St. xavier’s school for his academics in his childhood.

He is yet not married. He don’t have accepted to have any affair. But there is a rumour that he is having afffair with SANA SYED, his co-anchor. Yet none of them wants to talk about this.

We all know Tehraan as an Anchor. But he was a model as debut. He walked over several ramps and has done many fashion shows too.

Then he stepped into the world of Anchoring and Sa Re Ga Ma Pa was his debut reality Tv Show. He has also worked for Naaptol in many of their product selling.

He recently came to MUJHSE SHAADI KAROGE using wild card entry. Very few people know but he has won a regional western dance championship also. There he recieved a cheque of 5100 INR. The THEN Education Minister gave him the winning prize.