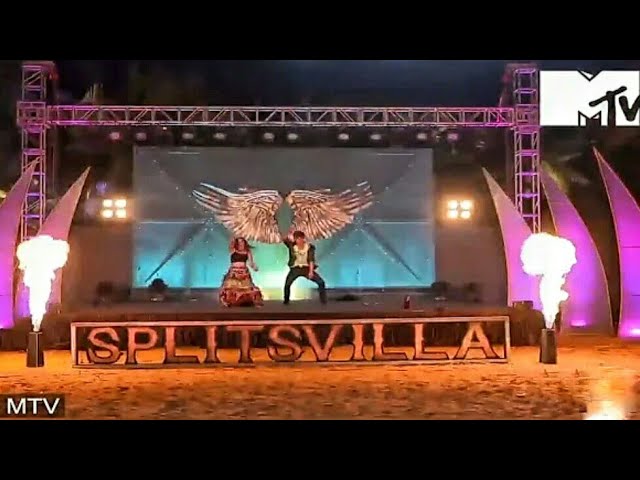 Splitsvilla X3 will return on Saturday with a gripping episode that will feature a fun task and lots of fights. After an epic dome session episode last week, the 9th episode of Splitsvilla 13 will feature the silver connection challenge. The hunger to enter the Gold Villa and save themselves and their partner is the prime motive of the Silver Villa contestants.

As expected, fierce fights continue to haunt the girls in the silver villa. However, the painting task will take a huge chunk of the plot for this weekend’s episode. The two girls who will win the task have a special surprise awaiting them.

The girls of the ‘Silver Villa’ enter the task area with a weird-looking feather helmet on their heads. The objective of the task is to paint the bodies of their connections or partners. This task will be critical for Nikita and Aditi who are out there to prove a point about their performance. Aditi was saved by a whisker in the last dome session while Nikita wants to teach her trollers a lesson.

The Painter Panchi challenge was engrossing to watch. While the girls are having a tough time getting as much paint as possible in their feathers, the guys are getting bruised and tormented by the aggression. Jay and Shivam are genuinely disappointed with their partners for not showing concern about their bare bodies. Will the Riya and Shivam bond break yet again?

According to reports, Nikita and Aditi are the winners of the Silver Connection Challenge.

Arushi entered the Golden villa as Vyomesh’s partner. However, the game intensifies as Bhoomika is furious about the decision. Arushi and Pallak were Vyomesh’s choices.

Kat Kristian and Kevin were the first ideal match of Splitsvilla X3.

Jay and Aditi were eliminated from the second dome session of Splitsvilla 13. However, in a shocking twist, Nikhil and Avantika saved Aditi and Jay.