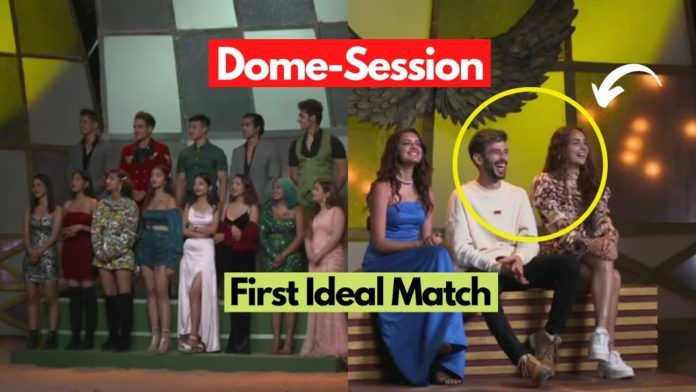 Splitsvilla X3 is back this weekend with its third episode. The grand premiere of Splitsvilla 13 introduced the sizzling girls and guys of this season. The second episode triggered fights and drama inside the villa. However, the limelight was on the Gold Villa couples and the controversies surrounding Vyomesh’s decision.

The ‘coffee crush’ task started off on a competitive note. Bhoomika and Vyomesh started off well. However, Samarthya and Janvi tried to catch up with the Gold Villa couple. Janvi’s delicate nature failed to make an impact as Vyomesh and Bhoomika led all the way. A last-minute blunder from Vyomesh resulted in the milk getting waster. Hence, Samarthya and Janvi took advantage of the same. Towards, the end Vyomesh and Bhoomika managed to win the coffee date.

The second challenge was to dethrone Nikhil. Nikhil and Pallak broke the cup. As a result, Gary and Avantika won the task and escaped from the danger zone for the first dome session of Splitsvilla 13.

The first dome session started off with the introduction of the two-sided oracle. There is a golden oracle for genuine connections and silver oracle for compatible connections. Three girls entered the dumping zone as no guy chose them as their connections.

However, the golden villa couples could choose two girls. Hence, Nikhil chose Janvi while Kevin chose Riya. Riya’s connection with Shivam Sharma triggered a major fight with Riya as the bone of contention.

The fate of Riya hangs in thin air. It would be interesting to see if Shweta or Riya will be eliminated in the upcoming week of Splitsvilla X3.