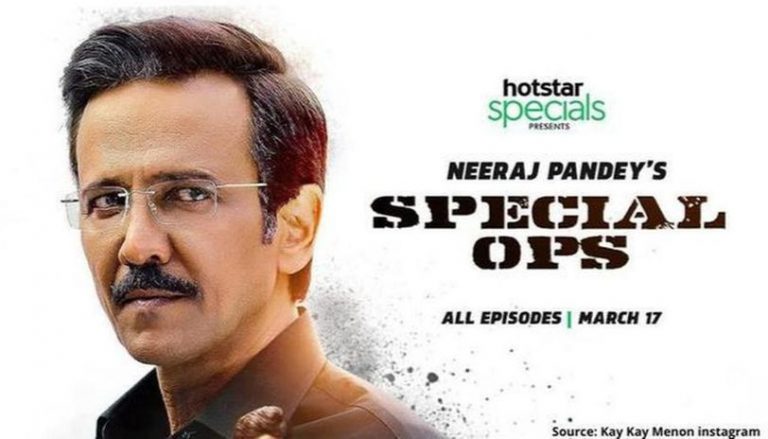 With Kay Kay Menon leading the entire cast, Special Ops comprises of several characters, based on surveillance and espionage thriller with a pinch of action narrating the story of some of our Special spies who have done operations for the protection of humanity of our country. The series begins from recalling of the Parliament Attack that took place on December 13, 2001. The series premiered on 17th March 2020 having a total number of 8 episodes. The series was a big hit and got rave reviews especially for its direction, storytelling, and performances by the actors. IMDb rated the series 8.6 out of 10 and is considered a masterpiece as well as a must watch by the viewers.

The series follows Research and Analysis Wing Himmat Singh portrayed by Kay Kay Menon who has his team formed residing in different parts of the world consisting of five personal agents who act according to Himmat Singh. He believes that all the terrorist attacks that have been taking place in the country are in direction of a single person who is behind all those attacks. The content is inspired by the number of spying missions undertaken by India in the last two decades.

The series is a treat to eyes when it comes to suspense and background music. The way story comes to an end when the target is finally found and shot dead and each agent doing his/her part of the action is an absolute masterpiece. Therefore, the audience demands its second season which is indeed a bigger responsibility as per the statement of Neeraj Pandey, the program creator and one of the directors of the series.

So, we can ensure ourselves that there will be a season 2 of the franchise.

Due to the pandemic, the filming has been affected to a great extent which will delay the premiere of second season of Special Ops. It may release in the late 2021 as nothing has been announced so far regarding the date or trailer launch. No recent updates have been heard as well. So we can only wait till the makers declare the official date.

S1 had the following faces who played the assigned role:

For the cast of Season 2, we will have to wait a little longer as nothing can be said now as to who will be seen in the renewed season as of now except Kay Kay Menon and some of the agents.

Special Ops season 2 will touch the floors by Kay Kay Menon planning another special operation that have a remarkable place in the history of India, to be implemented by the agents.

Whatever be the storyline, we know Special Ops is going to be back with a bang with another strong content. Till then we have to wait for 2021 to arrive soon.