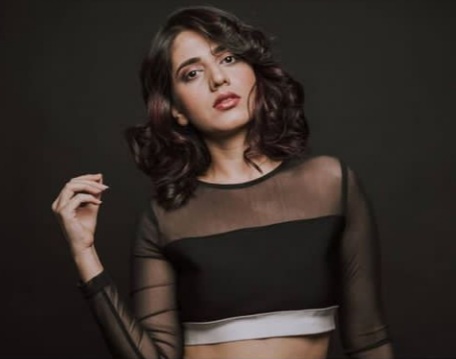 Simran Pareenja is an Indian television actress who is popularly known for her role in Kaala Tika as Kaali and Bhagyalaxmi as Bhoomi. She has also appeared in a television serial named Ishaaron Ishaaron Mein.

There are four members in Simran’s family. Her father and mother name is not known. Her brother is Abhishek Pareenja who works as TSE at UltraTech Cement.

Simran Pareenja made her first Debut from the television serial ‘Tu Mera Hero’ and played a supporting character role named ‘Rajni’ in 2014. It was a comedy-Drama show on the Star Plus entertainment channel.

Then she appeared in her first lead role as Bhoomi Prajapati in the serial ‘Bhagyalaxmi’ in the year 2015.

Again, she appeared in a lead role as Kaali in the serial ‘Kaala Tika’ in the year November 2015 and it last till April 2017.

Simran made her first Tollywood debut in the Telugu industry in the movie ‘Kirrak Party’ as ‘Meera’ directed by Sharan Koppishetty in the year 2018.

She has appeared in a serial ‘Ishaaron Ishaaron mein’ on Sony TV in the year 2019.

Simran is recently working in a serial ‘Laxmi Ghar Aai’ as ‘Maithali’ on StarBharat TV in a lead role with Akshit Sukhija in the year 2021.