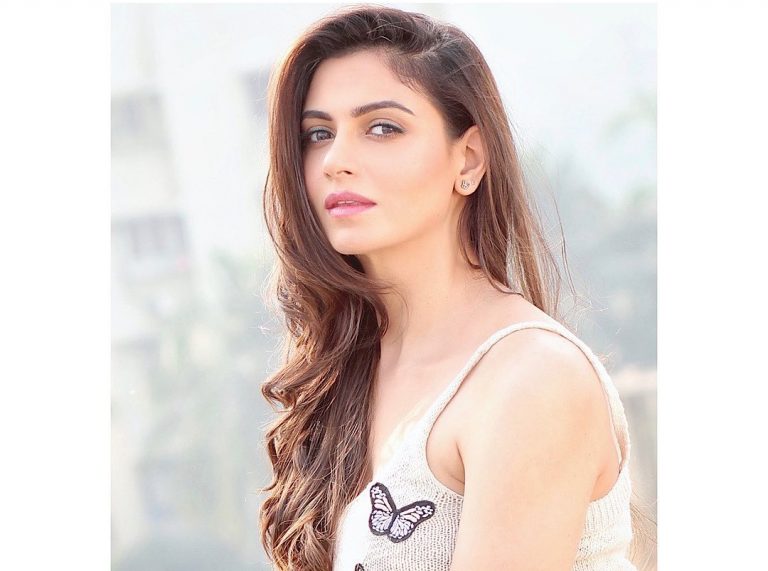 Simran Kaur Mundi is an Indian actress and former supermodel. She was crowned Miss India Universe (2008) on 5 April 2008.

Simran was born in Mumbai on 13 September 1988, she belongs to a family from Mundian Jattan, Hoshiarpur, Punjab, India.She studied for two years at the Delhi Public School, Vijaipur, Guna Madhya Pradesh and later completed her education at the Scindia Kanya Vidyalaya boarding school , Gwalior, Madhya Pradesh, graduated in biotechnology from the Holkar College of Science Indore in 2007, after graduation she returned to Mumbai and worked with Fame Cinemas in Andheri, as guest relations executive, where she managed bookings exclusively for film and media industry professionals.

Simran Kaur Mundi is from a Jatt Sikh family. Her father, Jasvinder Singh Mundi is a businessman, and her mother is a Feng Shui expert. She has a younger brother, Gurupreet Singh Mundi.

Simran Kaur Mundi got married to Gurickk G Maan (Video director and film producer) on 31 January 2020 after dating him for around 5 years. Gurickk is the son of the legendary singer, Gurdas Maan.

In 2008, she was crowned Femina Miss India Universe 2008 by the outgoing titleholder Puja Gupta.

She represented India at Miss Universe 2008 in Vietnam and performed in various qualifiers, she was one of the top five finalists of the Best in Swimsuit round. She was also in the top 5 of the Charming Ao-dai round and was the group winner for the national costume award.

After winning the Femina Miss India Universe title in 2008, she began modeling professionally. As a model, she participated in Fashion Weeks in Lakme India 2008–2011, Wills India Fashion Weeks 2010, 2011, India Couture Weeks 2008–2010, Dubai Fashion Week, NIFD, NIFT. She also walked the red carpet during the Outrage film at the Cannes Film Festival in 2010, and also passed the ramp during the 2010 Cannes Fashion Paranoia.

She was one of the judges of Femina Miss India Delhi 2013, Femina Miss India Chandigarh 2013 and Elite Model Look India 2014. She also performed a few commercials in which she approved Parachute ‘Hot Oil’ in 2008, besides leading various other print and commercial campaigns. She worked on a music video for famous Punjabi songwriter and singer Sukshinder Shinda titled “La la la la” for the album Jadoo released on December 2, 2010.

In January 2011 she was seen on Indian television in the reality show Zor Ka Jhatka: Total Wipeout, anchored by Shah Rukh Khan, won the seventh episode and found her place among the 15 finalists in the final episode. In January 2013, Mundi debuted as a host for the first Hockey India League, where she anchored matches played across the country for over a month. In 2019 she hosted the Saturday Morning Live Show alongside Rannvijay Singh and Manas Singh where they discussed basketball matches. played in the NBA which aired on Sony Pictures Networks India and anchored the first NBA India Games 2019 alongside Scott Fresh, which saw Sacramento Kings and Indiana Pacers at Dome, NSCI, SVP Stadium on October 4 and 5, 2019.

Simran made her Bollywood acting debut with the film Jo Hum Chahein on December 16, 2011 opposite newcomer Sunny Gill who received a lukewarm response at the box office, but received a positive review. for her performance.In July 2013, she made her Punjabi Film Opposite debut. Punjabi Superstar Gippy Grewal.

In September 2013, Mundi made her debut in Tollywood with the film Potugadu, opposite Telugu movie star Manoj Manchu which waa a blockbuster opening on release.

Simran’s next Bollywood film Kuku Mathur Ki Jhand Ho Gayi produced by Ekta Kapoor and Bejoy Nambiar’s Balaji Motion Pictures was released on the same day as his punjabi film Mundeyan Ton Bachke Rahin on May 30, 2014 and had to juggle both promotions. Later she was seen on screen alongside comedian Kapil Sharma, who made his acting debut in the film Kis Kisko Pyaar Karoon, directed by Abbas Mustan.