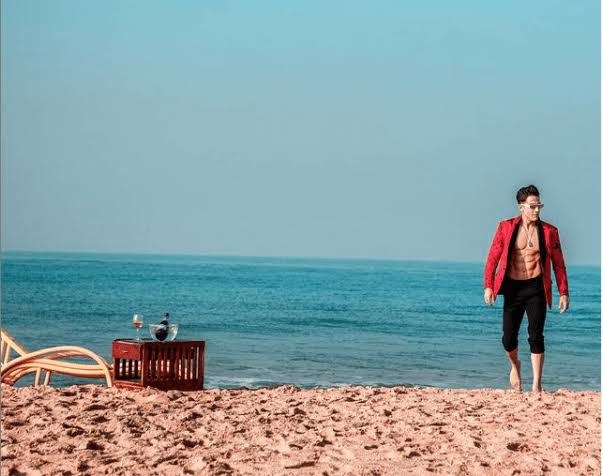 Shivam Sharma is Actor and a Model. He performed as Neil Choudhary in the TV serial called “Dil Ko Aaj Phir Se Jeene Ki Tamanna Hai.” He got famous from that show and after that he also performed in Y.A.R.O. Ka Tashan (2015), MTV Elevator Pitch (2018) and MTV Splitsvilla 13 (2021).

He is a very emotional person as he said that he literally cried when he get selected for the TV show as Neil. He always loved acting and he’s been modelling since many years.

Shivam Sharma has born in a wealthy family where his father is a businessman and they have a well known business in Delhi. He started his career as a model where he worked very hard to achieve his ultimate goal. He always wanted to be a actor. He has always been in poetries and in his free time he loves to write poetry.

Right now he’s been actively performing in MTV Splitsvilla 13 where he is a contestant paired up with Riya. He performs several task in the show and his physique is very good.

Shivam Sharma was also a good friend of late Sushant Singh Rajput. While the actor’s unexpected demise he posted a photo showing sadness, on Instagram with caption “This is not just you Bhai, one man show doesn’t leaves like this… I know the universe is what u believed in… The entire cosmos will welcome u with open arms… but this wasn’t the way. tell me its nt true… wake me up when it’s all over… @sushantsinghrajput RIP.”

Shivam Sharma the MTV Splitsvilla 13 contestant has giving his best performance in the ongoing Splitsvilla 2021. He has always been consistent and always entertain everyone with his poetry.