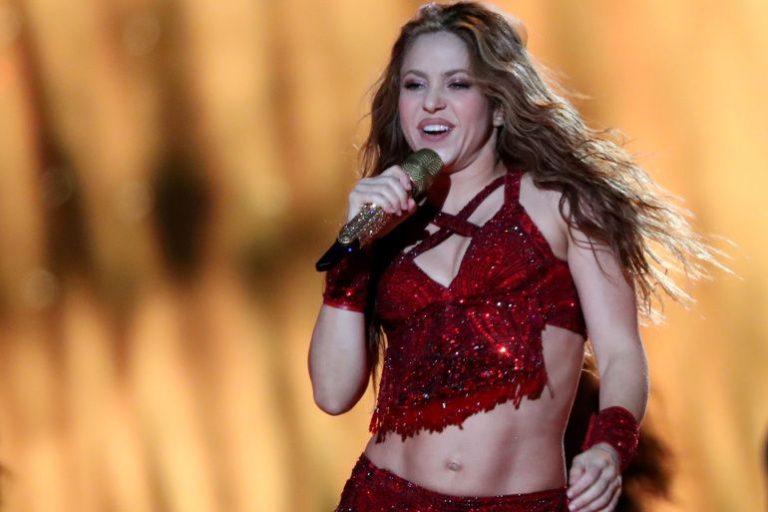 About Shakira– The Queen of Latin Music:

She is a Very Popular Colombian Singer and Song-Writer. She had sung Very famous songs and her song Waka Waka of the album Sale el sol (2010) became so popular that there is hardly any football lover who has not listened it atleast once.

Shakira is Raised up in the city of Barranquilla of Columbia in a Lebanese family.

Her father is a Lebanian named William Mebarak Chadid and her mother is a native colombian named Nidia Ripoll Torrado.

She is the only child of her parents and got interest in the music industry at a mere age of Four when she visited a restaurant along with her father. There she saw a Doumbek for the first time.

Shakira wrote her first song at the small age of 8 years only and sung her first album at the age of 13yrs only.

A producer from a local theatre helped her to give audition to Sony Corporation executive in the year 1990, and Shakira signed a recording deal. The first two albums, Magia (1991) and Peligro (1993), were not that much successful. But After taking a break and recording the Latin soap opera El oasis, Shakira resumed her music career in adorable fashion with Pies descalzos (1995). The album produced several hits, including “Estoy aquí,” “Pienso en ti,” and “Un poco de amor.”

In 2001 her album named MTV Unplugged (2000) got nominated and won the Grammy Award for The Best Latin pop album.

In the same year 2000 she wrote and sung her first English Album named Laundry Service. Some people said that her English language is not that perfect, yet her album was a hit and over 13 million copies were sold world-wide.

Shakira continued with the release of (Spanish language) Fijación oral, vol. 1 in the month of June and Oral Fixation, Vol. 2 in the month of November (English Language). Both albums became the top five in the United States, and her song “Hips Don’t Lie” (Starring Wyclef Jean) topped around the world in the year 2006. In the Latin Grammy Awards of 2006, she took Song-of-the-year and Record-of-the-year awards for the single “La tortura,” and Fijación oral, vol. 1 became album of the year as well as best female pop vocal album. This song too won the Grammy Award for best Latin rock/alternative album.

The year 2010 she sung another international hit song in collaboration with a South African band named “Waka Waka (This Time for Africa),”. It gained huge popularity and got chosen as the official anthem of the 2010 Football World Cup.

In 2013–14 Shakira became one of the coaches on the American television Singing Competition Show The Voice. Her albums named Shakira (2014), which starred Rihanna, and El Dorado (2017) became the winner of the Grammy Award for the Best Latin Pop Album and the Latin Grammy for Best Contemporary Pop Vocal Album.