Shaadi Mubarak: KT and Preeti got stuck Diligently between Furti and Kushala. 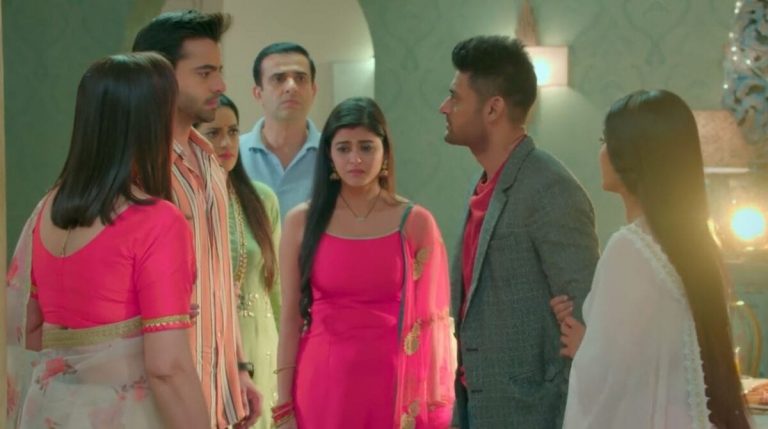 As the plot of Star plus drama Shaadi Mubarak is hooking up audience with Furti’s surrogacy stuff.

As it is constantly becoming laborious for KT and Preeti in Star plus Shaadi Mubarak to further conceal the Secret. It feels like Preeti and KT along with furti are playing the game of cat and mouse with Kushala and the Tibrewal family. They have to face numerous difficulties in the purpose of hiding Preeti’s Pregnancy Secret.

Not only Preeti and KT are trying to escape kushala’s doubts and concerns but also they have to solve furti’s tactics. While Kushala is concerned about Preeti’s health as an ideal mother-in-law in the same manner Preeti is worried for furti’s well being.

On the other hand, furti is getting impatient and doubts the couple as according to her Preeti and KT will leave her alone with the baby. As this makes her really doubtful of the couple and she tries to create hurdles in the path of them.

However in the upcoming episodes, furti gets unwell and Preeti will be taking care of her. Seeing this, Kushala gets annoyed with Furti and worries for Preeti at the same time. As she thinks that her pregnant daughter-in-law is taking care of her sister and not focusing on her own health. As a result, She decides to throw Furti out of the house. This made Preeti and KT look worried in Shaadi Mubarak that how will they be able to cover Phurti and make her stay in the house.

During this commotion, furti will also slip and fall and Preeti hurries to save her. This will let Preeti get hurt too. This incident is going to create havoc in the Tibrewal family and also it will increase the chance of revealing couples’ secrets. Can Preeti and KT disguise furti’s pregnancy in the pressure of kushala? Stay tuned to TellyGupshup for further updates of Star Plus drama Shaadi Mubarak.