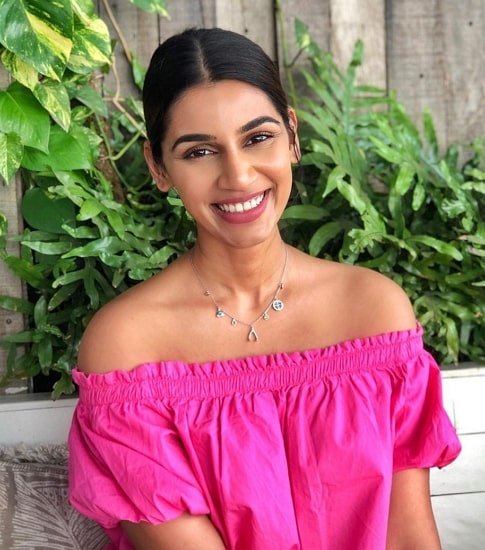 Sanjana Ganesan is a popular Indian model and a TV presenter by profession. She is mainly known for hosting the Cricket World Cup in the year 2019 from the Indian side and for her participation in the TV reality show named MTV Splitsvilla Season 7. She even works for Star Sports and has hosted several cricket, badminton and football events.

Sanjana Ganesan got married to Jasprit Bumrah, the Indian Cricketer on 15th of march in the years 2021.

When she participated in the reality show “MTV Splitsvilla 7″ in the year 2014, she had an affair with her contestant, Ashwini Koul. However the relationship didn’t last, and the couple broke up in the year 2015.

Sanjana Ganesan was interested in modeling, so she participated in the “2012 Femina Style Diva” fashion show and ended up being one of the finalists. But as she was in college so she didn’t pursue modelling. Later after graduating from college she started working in an IT company and started pursuing modelling along with her job.

She also took part in Femina Miss India Pune in the year 2013 and reached the finals but didn’t win. In 2013, she even participated in the “Femina Officially Gorgeous” and won it. In 2014 , she was selected as a contestant in the “MTV Splitsvilla 7”. She was paired with Ashwini Koul in the show. But during the show Sanjana got injured and was forced to quit the show.

In the year 2016, she was hired by “Star Sports” as a sports presenter and an anchor. She also hosted the show “Match-Point during the Indian Premier League(IPL). She was then hired by Kolkata Knight Riders(KKR) to host only for them regularly in the show called “Knight Club”. In the show, Sanjana used to host one on one interviews with the player. Occasionally, Shah Rukh Khan also used to make a guest appearance.

She stated in an interview that-

“Although I was comfortable in front of the camera, there were a lot of things which I had to learn to become a good sports anchor.”