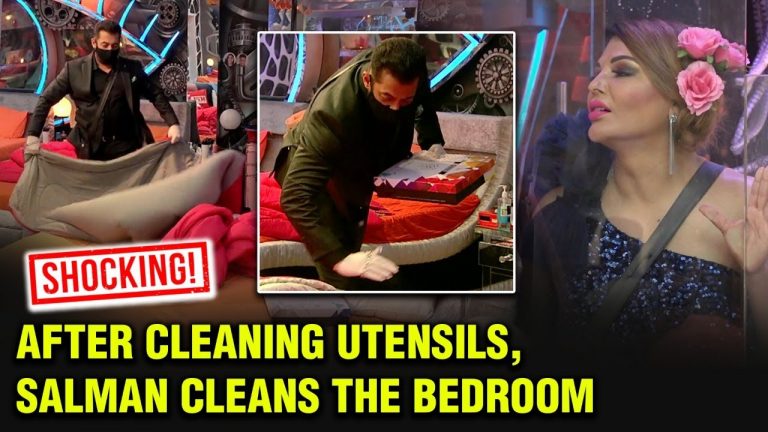 SALMAN KHAN will enter Bigg Boss 14 house to teach an important lesson to the housemates.

Salman Khan is adamant on teaching yet another lesson to the housemates. BB is well known for it’s entertaining element .  but it is also true that  the show inculcates a lot of values. Recently Rubina raised her voice on the food wastage issue and now Salman Khan will be entering into the house to teach the housemaid a lesson of cleanliness.

SALMAN KHAN TO ENTER THE HOUSE?

The promo  highlights the moment when Eijaz informs that Nikki has  refused to clean Rakhi’s bed, she said, “Sir, mujhe nahi banana tha.” Salman gets annoyed with this. He then enters the house and cleans Rakhi’s bed and folds the blankets. Nikki is seen telling, “Sir, aap mat karo.” Before leaving Salman tells the housemates, “No work is small.” which is again so touchy.

This is not the first time when Salman has entered the house to clean it. Last year, Salman got irked with the hygiene levels in the house and was seen entering the kitchen and bathroom himself to teach a lesson to the contestants.

But participants need to take care of hygiene and maintain cleanliness around them. What do you think about the same? Was it the right step taken by  the host? Do let us know.