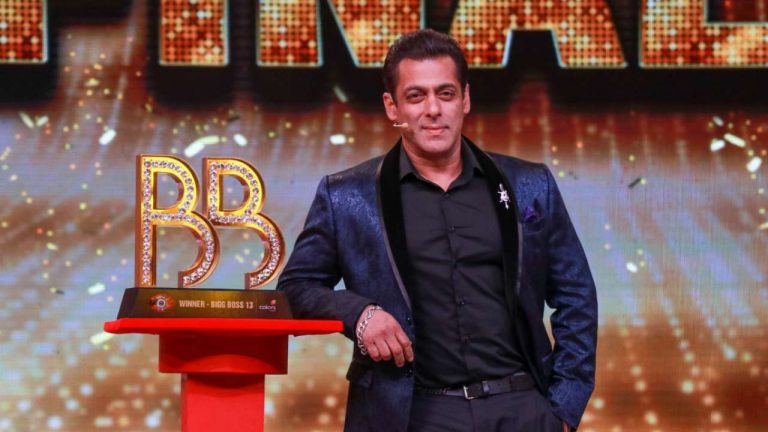 Salman Khan is an Indian film actor, producer, television personality, singer and one of the biggest super stars in India who is the essence of Bollywood. Over his career of 30 plus years Salman Khan has ventured into many fields of the entertainment industry. Since the beginning of the reality TV show Bigg Boss, Salman has hosted 11 out of the 14 seasons. The popular reality TV show Bigg Boss is a staple in a number of households and Salman has become synonymous with the show. He is a beloved host. 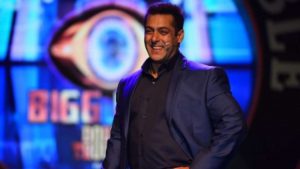 Bigg Boss is an Indian Realty TV show which airs on Colors channel and now one can stream it on Voot. The show is inspired by a Dutch realty TV format called Big Brother. The concept of the show is there are a few celebrity contestants chosen called housemates who are isolated from everyone else and put in a house. Every week, one contestant gets evicted after being nominated by fellow housemates and finally a public vote. The housemates are supervised by a mysterious voice called Bigg Boss.

The job of the host in Bigg Boss is to present the show and also have discussions about the episodes. The Bigg Boss house tends to get heated and intense at times and in such situations, housemates say or do things which cause altercations. Salman end of the week goes over various issues such as tasks, fights or housemates’ behaviour and analyses them. The host himself is not present in the BB house but in a studio on stage in front of an audience where he scrutinizes the previous week’s episodes. Shares his thoughts and gives reviews. Every Saturday the host, Salman Khan interviews the evicted housemate. 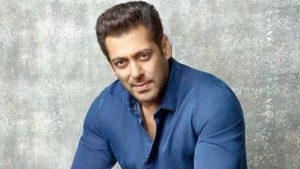 Salman Khan has been consistently hosting Bigg Boss and has become synonymous with the show. Though the first three seasons were hosted by Arshad Warsi, Shilpa Shetty and Amitabh Bachchan respectively from season 4 onwards Salman has been hosting the reality TV show on Colours channel. In season 5 both Salman Khan and Sanjay Dutt were the presenters. From season 6 to the current season 14 Bigg Boss: “Ab Scene Paltega” Salman has hosted the show expect a bonus season in 2015, Bgg Boss: Halla Bol presented by Farah Khan.

Salman Khan has one of the biggest fandoms in India and having him as a host Bigg Boss has boosted its popularity and TRP of the show as well. The show also has promos of different upcoming films and Salman as the host talks to these guests. In the past Govinda and Ajay Devgan have made appearances in the show. The channel tries to keep Salman Khan as their host not only because of his massive fan following and popularity but also because he is supremely talented and a great host. He brings an element to the show which others could not, his insights about the episodes are appreciated by the audience. 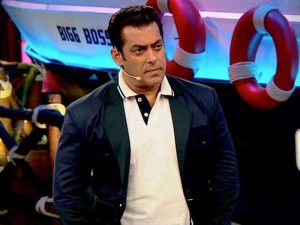 Throughout his 11 seasons as host, his remuneration has increased. According to a Bollywood Hungama report the actor stated out in 2010 with 2.5 Crores supposedly per episode for seasons four to six and following that he doubled his remuneration in season seven and allegedly it as kept increasing as the actor took home 8 crore per episode in 2016 for season 10. This makes him one of the highest paid actors not only in the Indian context but globally. A report in Pinkvilla mentioned that Salman Khan’s ‘Bigg Boss 13’ pay cheque amounted to a whopping Rs 200 crore, with 13 crores per week.

In the current season 14, Bigg Boss: “Ab Scene Paltega” due to the current situation of the world with the pandemic, Salman Khan has graciously taken a pay cut so that everyone else on the team behind the production of Bigg Boss gets paid adequately. The amount Salman gets paid includes his fees for promos and virtual press conferences. The producers are willing to splurge such an astronomical amount is because Salman is the primary reason for the show’s high TRPs. The season 13th finale episode hosted by Salman Khan, garnered the highest TRPs in its runtime history. 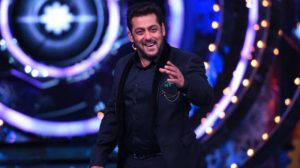 The latest season of Bigg Boss aired on 3rd October 2020, Salman Khan came back with a bang. In the Bigg Boss 14 premiere we saw Salman Khan to make a grand entrance with his super hit song Swag Se Swagat. He addressed the ongoing pandemic and cracked jokes. Due to the worldwide health crisis, there are extra safety measures taken this season for its smooth running. The premiere of BB 14 for the first time in the history of the show did not take place in front of a live audience.

Bigg Boss season 14 or Bigg Boss: “Ab Scene Paltega” airs on Colors, Monday to Friday at 10:30 pm and 9 pm on over the weekend. The show is also available on the streaming service Voot.