RUBINA DILIAK OUT OF TICKET TO FINALE TASK? 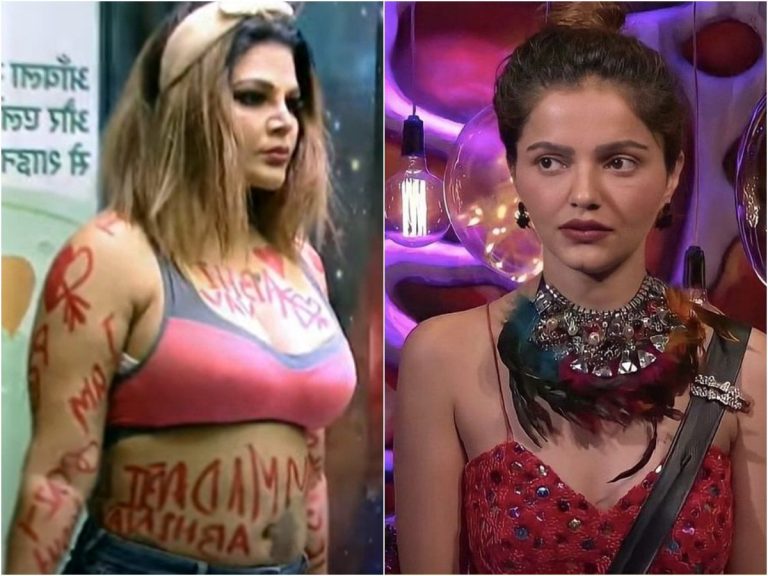 RUBINA OUT OF THE RACE

It seems that this time the tide will turn against Rubina as she will not be able to participate in the ticket to finale task due to her act against Rakhi. Reportedly, she will remain nominated till the finale week.

Rakhi Sawant’s cheap humour seems to have created a lot of ruckus in the show. Last week, she was seen pulling the strings of Abhinav Shukla‘s shorts, which left him shocked, and his wife Rubina Dilaik enraged. Now Rakhi has termed Abhinav as ‘tharki (pervert)’ after she switched to revenge mode.

However Rubina Dilaik didn’t take this lightly. She threw a bucket of water on Rakhi for disrespecting her husband on national television. And it seems like Rubina will now have to pay the price back for her impulsive actions in the Bigg Boss 14 house.

Rubina will not be able to participate in the Ticket to Finale task. Bigg Boss has apparently punished her for throwing water on Rakhi and she will reportedly remain nominated till the finale week. It would be interesting to see whether her fans will be able to keep her safe from elimination for the upcoming 3 weeks.