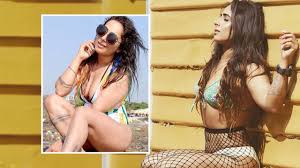 Shweta Mehta, the Roadies Rising Winner is now the fitness diva you all must come across if you haven’t yet. Rising to fame in the year 2017, through the platforms of MTV Roadies, this woman never looked back and keep moving ahead in this journey of life accomplishing whatever she had ever dreamed of. She had already tried her luck thrice for selection in Roadies but every time she failed. However, finally, her luck worked in her favour and she got participated in 15th season of MTV Roadies: Roadies Rising and got selected as the member of Gang Neha. The final contestants were from the gang Neha and gang Prince, the most controversial rivalries and Baseer Ali from Prince’s gang was the runner-up of the season. Roadies Rising was shot from its beginning to its end in India only and the winner was rewarded with Renault Duster worth Rs. 10,00,000.

The Haryana girl who was born and brought up in middle-class Punjabi family who always knew what was arriving into her way, what she wanted to do with her life. Leaving behind her IT Engineer lifestyle, she decided to turn her artery into being a fitness model. Starting from the year 2015, she became the runner-up in the Jerai Women Fitness Model and with this achievement, she followed her next step and this time she won the title of “Jerai Women’s Physique 2016”. And we also know one achievement leads to another, all it asks for is initiative by oneself.

According to her, one of her biggest dreams was to win MTV Roadies and she fulfilled it with all her passion, concentration, and strength. It was the platform where the world came across her energy and personality and she did not let any stone unturned in showcasing her talent. Furthermore, with every step, the opportunities got higher and since then, her road to success is audible to us. She is known as the woman who broke the stereotypes with her boldness and charm. 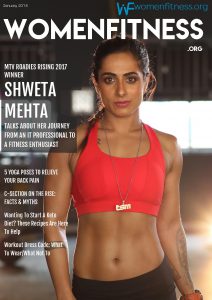 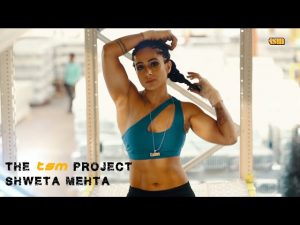