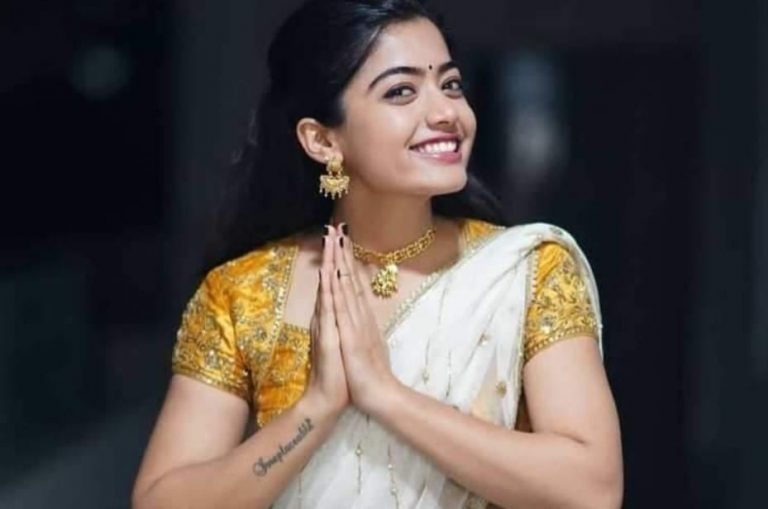 Rashmika Mandanna is an Indian film actress, model. She also appears in Telugu and Kannada films. The actress born on 5th April 1996 at her birthplace Virajpet, Karnataka.

Rashmika did her schooling from Coorg Public School, Karnataka. She has done her graduation degree in English Literature, Journalism and Psychology from M.S Ramaiah College of Arts, Science and Commerce. In college, she won Clean & Clear Fresh Face 2014 contest.

Rashmika is an elder daughter of Madan Mandanna and Suman Mandanna. Also, she has a sister named Shiman Mandanna. During her studies she pursued modelling and appeared in a couple of advertisements. Apart from acting and modelling, she loves traveling and gymming.

Rashmika had an inclination towards acting and wanted to be a famous actress since her childhood. She made her acting debut in 2016 with the Kannada film “Kirik Party” which was huge hit and went on to become one of the highest-grossing films of the year. After that she worked in two super hit movies including “Anjani Putra” and “Chamak”. In 2018, Rashmika made her Telugu film debut with the romantic drama “Chalo”. In the same year , she gets featured in the romantic comedy “Geetha Govindam” which became one of the highest profit earners of the Telugu Cinema. She also done Tamil film “Sultan” in 2020.

She is called one of the most popular and highest-paid actresses in the Telugu and Kannada film industries. In November 2020, search engine google recognized Rashmika Mandanna as the “National crush of India” for the year. She commands a huge fan following on her Instagram account with over 3.2 million. She was at 24th position of Bangalore Times 25 most ‘Desirable women of 2016’ and the winner of the ‘Bangalore Times 30 Most Desirable Women of 2017’. Mandanna is one of the very few actresses who has entered Tollywood’s Rs. 100 crore club in a short span.

As a achievement, she won the Filmfare Awards Telugu for “Best Actress Critics” in 2019.

In 2017, she got engaged to Kannada film actor Rakshit Shetty but they mutually parted their ways in sep 2018. After that she started dating film director & film producer Chiranjiv Makwana in 2020.