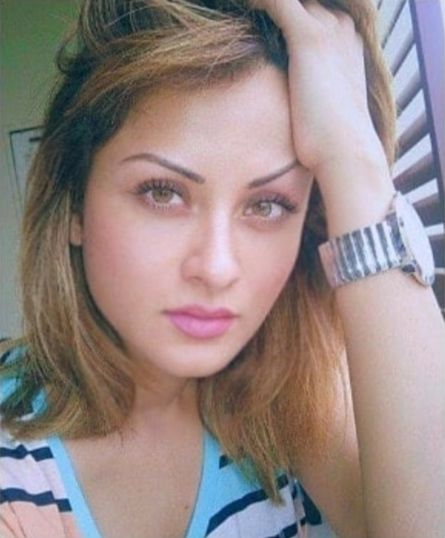 Rajlaxmi R. Roy is a former indian model and actress. She is mainly known for being the ex wife of Actor Rahul Roy.

Rajlaxmi r Roy was born on 14 October 1976 in Mumbai Maharashtra. She was born in a traditional Maharashtrian family.

Rajlaxmi’s father Manmohan Khanvilkar worked as an interior decorator, architect and builder. However In 1996, she met the Indian actor and model Samir Soni while shooting for the Cadbury campaign. Initially, they both became friends, and soon, fell in love with each other. In the same year, they got married, but the couple divorced only after seven months of marriage.

Later, in 1998 Rajlaxmi R. Roy met the Bollywood actor Rahul Roy. They both dated for two years and in 2000 they got married to each other.

However, this marriage lasted for 14 years and they both divorced in 2014.

Rajlaxmi Khanvilkar started her career as a model. In Fact, she was one of the popular models during the 90s in india. In 1994, Rajlaxmi R. Roy appeared in the TV series BPL Oye. Later, rajlaxmi appeared in the video shows of Shiamak Davar. She was also featured in the Cadbury chocolate’s advertisement campaign.

Later, Rajlaxmi left her modelling career and moved to Australia  to set up her own salon. She even studied an 80-week diploma in hairdressing and salon management from the Carrick Institute of Education in Sydney.

However, Rajlaxmi completed a certificate IV course in hairdressing. And She got an offer to work in Australian  beauty salon named  Shangri-La Hotel’s.

Rajlaxmi r Roy was born in a very conservative family. She never wore revealing clothes during her modelling career.

She was not allowed to act in the films and had to convince her father regarding her first TV commercial with Garden Vareli.