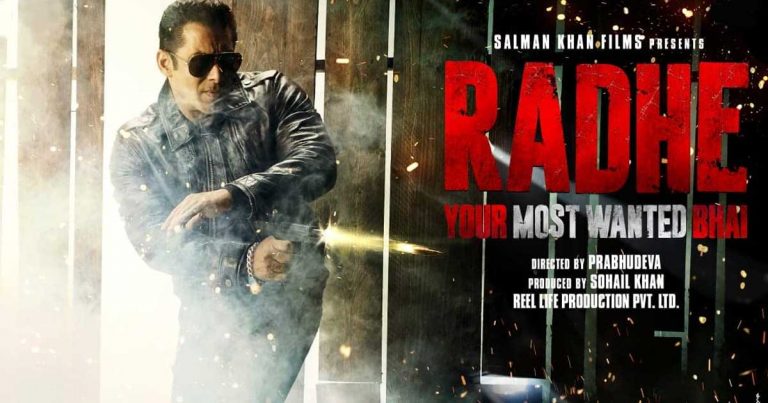 Radhe a Prabhu Deva directed movie is all about action and thriller featuring our Bhai Salman Khan. This movie is produced by Salman Khan, Sohail Khan, Nikhil Namit and Atul Agnihotri. It’s a remake of a Korean movie named The Outlaws of 2017. The movie has a lot of great and known famous actor and actress in it Khan with Disha Patani, Randeep Hooda and Jackie Shroff.

This is one of the movie that Khan produces on Eid every year. It is going to be released on theatres as well as ZEE5. The movie is action based written by Vijay Maurya. The trailer is out on YouTube.

Radhe: Your Most Wanted Bhai cast:

The movie has released total of three songs for now.

The movie is going to be released on 13 May 2021 as of Eid-Al-Fitr. By watching the trailer, many could say that it’s not up to the mark but the fans will surely love it and will watch it at all cost. Bhai ‘s movie is all set to make entry into Bollywood and let his fans get excited. The wait will over on 13th May on ZEE5.

When is Radhe releasing?

Is Radhe worth watch?

The trailer was worth it for fans and they are eagerly waiting for the movie. But as for others, it can be way too over because of some lame dialogues and actions.

Where can I watch Radhe?

You can watch it on ZEE5.