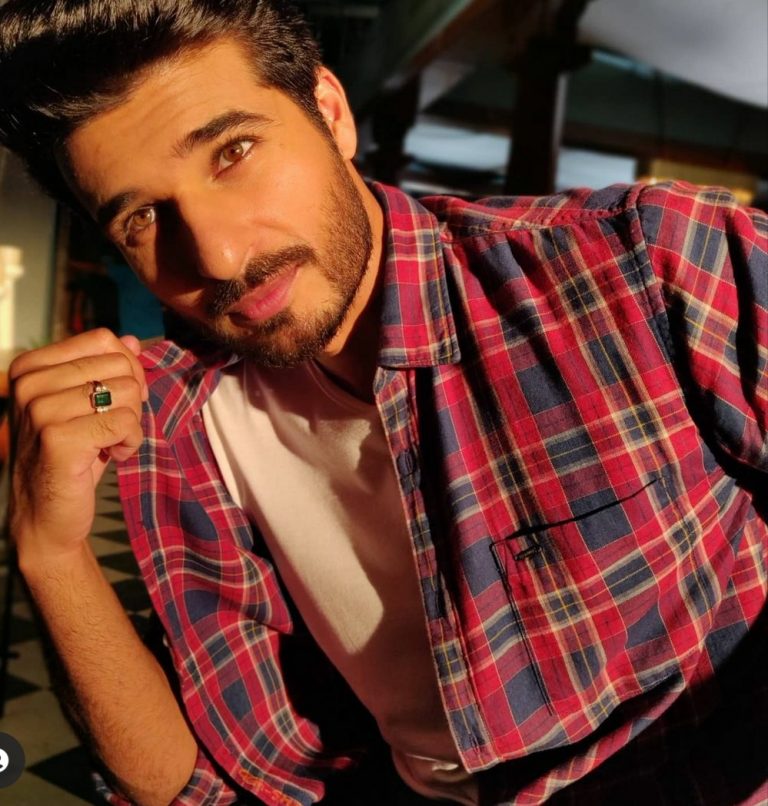 Puneett Chouksey is a young Indian Television star who rose to fame with his role as Arjun Khanna in the tv serial “Sadda Haq”, Aditya Sehgal in Naagin 3 and Karan in Saath Nibhana Saathiya.

Puneett was born and brought up in Indore, Madhyapradesh to a middle class family. He had a hard childhood, as his father passed away at a very young age. His mother’s name is Ushakiran Chouksey.

He has an elder brother, Saket Chouksey, who is also an actor by profession and a sister, Mohini Shri Gaur, who is a playback singer.

Puneett is currently unmarried and whether he is in a relationship is unknown. He lives in Mumbai, Maharashtra where he is living his dream of becoming an actor. After his graduation, he worked in a private bank company and that is when his elder brother convinced him to give acting a chance.

He later auditioned and got selected for the show ‘ sadda haq‘ season 2.

Puneett decided to pursue his dream of acting after his elder brother inspired him to do so. He learnt the basics of acting under the supervision of Anupam Kher. The same year, he auditioned for various TV serials. In 2015, he bagged his first role in ‘Sadda haq’.

In 2016, he played the role of an inspector, Aditya Dixit in Life OK’s mystery serial ‘Nagarjuna ek yodha’, he also played minor roles in series like ‘saath nibhana saathiya‘ and ‘Rudra ke Rakshak‘.

In 2019, he played a cameo role in Colors TV show ‘vish’ and he made an appearance in Naagin 3 with Surbhi Jyoti and Anita Hassanandini. He played the role of ‘Aditya Sehgal’.

He then went ahead and made his debut in web series with a Zee5 series ‘Ishq aaj kal’ where he plays Ejaz Ali Khan along with co stars Ankitta Sharma and Angad Hasija.

In 2020, he rose to fame with his role as ‘Arjun Singh’ opposite Riya Shukla in Colors TV serial ‘naati pinky ki chhoti love story’. However it was shut down briefly because of the corona pandemic and later shut down completely as it failed to sustain its audiences’s interest.

Punneett expressed his dismayal in the news stating that “this show wasn’t supposed to be ending so soon”.