Dr Prakhar Narayan, aged 24 years is, in his stated words, a doctor by the day, a model and an actor by the evening, and a musician by the night. He is a music enthusiast who also works in the production of music and has the gift of playing almost every musical instruments he holds. Summing up the whole introduction in easy words, he is a doctor by profession, a fitness freak, and a big musicophile who finds content in playing and producing music. 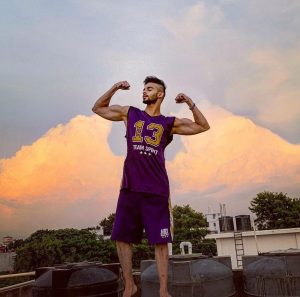 Prakhar, the emerging name in the 18th season of one of the highly watched popular youth-based shows, MTV Roadies belongs to the Indian states of Uttar Pradesh. After completing graduation, he made his career as a doctor. He grew up in a well-settled family though none of the information has been found yet regarding his family and siblings. He has a pet dog named Bruno who he loves to his heart. 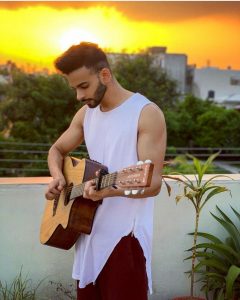 He was called at the P.I. with another guy named Harshit and the audition went pretty amazing where they had to roast each other while Prakhar played fairly and proved what he has got rather than spilling ill of someone’s choice of career or the work or the profession.

Also, he played well the task of blowing off the candle while wearing a face mask.

He got cullied out but Saqib Khan got chosen over him, hence he could not make it to the journey as and when he entered the Roadies world. Through the battleground competition, he, along with the three other selected participants appeared to prove themselves. Prakhar and Poonam won the task and got selected as the wild card entries in the Roadies Revolution. 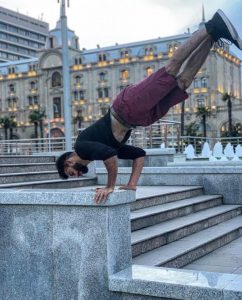