BB14: NIKKI TAMBOLI TO WALK OUT OF THE SHOW FOR Rs 6 LAKHS BEFORE FINALE 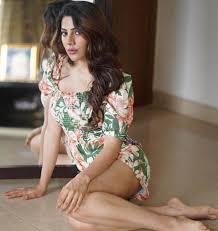 Bigg Boss 14 Grand Finale is just three days away to hit our TV screens. Now, as the show is inching closer, the heartbeats of fans are fluctuating to know who will be the three finalists to fight for the trophy. However, more than that viewers were in a sudden shock after watching the recent episode of the show.

No fights, No Drama only Entertainment. Yes, you read it right, for the first time, there was no drama and fights in the BB house this season. The house was filled with a stroke of love and all thanks to the Cupid Task. They were all in the merry mood, the cherry on the cake was Abhinav Shukla’s entry into the house. The romantic moment of the couple kept the viewers glued to their TV sets.

THE MOMENT OF JOYANCE

Well, the moments don’t end here as in today’s episode also we will get to see their mushy romance. Moving on, the upcoming episode is going to be merrytime for the housemates and heartbreaking at the same time. Bigg Boss will announce a task where he will give a chance to fulfil all the housemates’ wishes. However, there is a catch, contestants will have to sacrifice something close to their heart.

As per the preview, Bigg Boss will offer Nikki Tamboli an interesting deal which is, he will offer Rs 6 lakh to leave the show. Also, rumors are rife that Nikki might get evicted in the mid-week eviction.

In today’s episode, it will be interesting to watch housemates sacrificing their stuff to fulfill each other’s wishes. Also, will Nikki accept the offer and walk out of the house just a few days before the Grand Finale will be cherry on top?