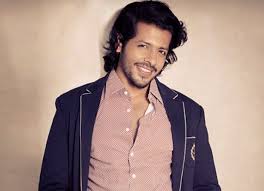 Nihaar Pandya is an actor and an Indian Model. He made is debut into films with Kangana Ranaut in the movie “Manikarnika: the Queen of Jhansi”.

Nihaar Pandya has done his graduation from Narsee Monjee College of Commerce and Economics in Mumbai, Maharashtra, India.

Nihaar Pandya was in a live-in relationship with Deepika Padukone when Deepika was working as a model in Mumbai.

He also used to go out with Gauhar Khan.

Nihaar also dated the talented singer, Neeti Mohan. Neeti Mohan is famous for the songs like ‘Jiya Re’, ‘Jab Tak Hai Jaan’,’Nainowale Ne’ and ‘Ishq Wala love’ Later Nihaar and Neeti got married on 15th of February 2019 at Taj Falaknuma Palace in Hyderabad. Neeti Mohan and Nihaar Pandya revealed in one of the shows of “Kapil Sharma’ show” that they were going to get married on Valentine’s Day.