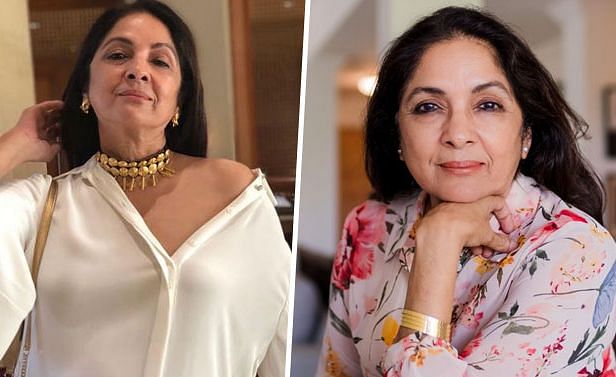 Neena Gupta is an Indian actress and director who played the main role in Badhaai Ho alongside Ayushmann Khurrana, which showcases the journey of a middle-aged couple who got pregnant and how they survived around the people of the society, if you haven’t watched the movie yet, you should go ahead and give it a watch.

On Thursday, June 5, 1959, Neena Gupta was born to parents R.N. Gupta and Shakuntala Gupta. She also had a younger brother. She completed her schooling from Himachal Pradesh and attended college in her hometwon Delhi. Neena persued M.A. and M. Phil in Sanskrit from the Delhi Unversity.

Neena suposedly also first got married at the age of 16 to a boy who studied in IIT, Delhi but the marriage only lasted for two years and his wherebouts are unknown.

Neena Gupta started off her career in 1982 after the competition of her studies in the National School of Drama with the Bollywood Movie Saath Saath’. She was also a part of an international movie in the same year called ‘Gandhi’ as the character of ‘Abha’. She also got Rs. 10,000 for her role in Gandhi.

She also was a part of a few International Movies like Cotton Mary(1999) and The Deceivers(1988).

One of her most famous works is ‘Badhaai Ho’ in 2018 which got her a lot of compliments from critics and the public. She was also seen in a lot of movies in the year 2020 like ‘Panga’, etc.

Having a child out of marriage stirred a lot of controversies in Neena’s life. Neena had her daughter Masaba Gupta with a great West Indian cricketer Vivian Richards with whom she’s still friends and had been in a relationship at the time. Her Daughter is a famous Indian Fashion Designer now. Neena met her second husband Vivek Mehra and got married to him on 15 July, 2008, who is a chartered accountant.

Apart from acting in Tv shows and in movies, she has also hosted Tv shows like The Weakest Link and Kamzor Kadii Kaun which aired on star plus.

Her Tv show Saans had been a breakthrough point for her career since it not only got her popularity as an actor but also as a director.

She won multiple awards like the 1993 National Film Award for Best First Non- Feature Film for the telefilms directed “Lajwanti and Bazar Sitaram (1993).

She also has won the Awad for Best Director for a popular series that aired on Star Plus.

Her 2020 releases include Shubh Mangal Zyada Saavdhan and Thaapad.