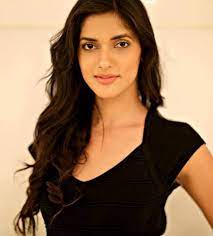 Natasha Singh Chauhan is the famous kollywood actress who is being featured in various kollywood movies such as gypsy .

Natasha was born on first October 1992 in Manali himachal Pradesh to Indira Devi and Prashant Chauhan.

Natasha Singh has completed her schooling at Minerva public school, ghuvaramin, and completed her graduation from shiva institute of engineering and technology Bilaspur, Himachal Pradesh.

She started her career in Modelling and Participated in many beauty pageants. She won as Miss Himachal title in 2015 and also a Miss India Finalist in 2016. She Made her acting debut with the Tamil movie Gypsy (2020) with Jiiva in the lead role and directed by Raju Murugan.

The physical appearance of Natasha chauhan

WHAT IS THE AGE OF NATASHA ?

WHEN WAS SHE BORN ?

WHO IS NATASHA’ BOYFRIEND

WHO IS THE FATHER OF NATSHA