MTV Splitsvilla season 13 (X3) Episode 11 Updates: Jay-Aditi to become the first “compatible couple” of season 13, Here’s all you need to know about the dome session and elimination 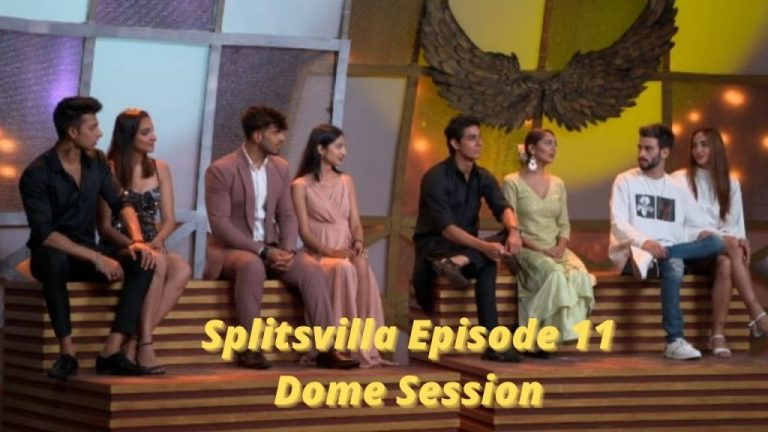 Splitsvilla season 13 (X3): The show hosted by the powerful duo, Ranvijay Singha and Sunny is gaining much love and appreciation from the audience all around. They have been liking the concept of different villas with a stint of new exciting twists so far.

In the last episode (10th episode) an intriguing task was performed, The girls turned into snakes and gave snake bites to the boys in the Golden Opportunity Task, Keep reading to know everything about the recent episode of Splitsvilla 13.

Splitsvilla X3 returns this weekend with some sensational surprises and the much-awaited dome session this weekend. There will be a lot of surprises in store for the audience especially for the ones who hate Shivam and Jay. After a sensational Golden opportunity performance, Jay-Aditi and Nikhil-Avantika won the task.

However, the limelight is on the contestants who are unsafe. This includes Nikita and Samarthya, Vyomesh and Arushi. The dumping zone will open the doors with the most popular contestants of Splitsvilla 13 at risk of elimination this week. It would be interesting to see if there will be one or two contestants who will leave the villa.

The consequence of losing the Golden Opportunity task is always lethal. As a result, the possibility to lose the prestigious Golden villa position looms large. Three Golden villa contestants lost the opportunity to continue their safe run in Splitsvilla 13. Also, the much important ideal match test opportunity is lost as a result.

This week’s dome session came with a complete twist.

Contestants who were shifted from Golden Villa to Silver Villa

This week in Splitsvilla 13 will feature an interesting turnaround of events as three contestants lose their ‘Golden opportunity’. These three Splitsvillains will enter the silver villa after this weekend:

Jay and Aditi chose Avantika to leave the Golden villa when they were given a choice between Nikhil and Avantika. Nikhil chose Bhoomika as his partner in game so Bhoomika entered the Golden Villa as Nikhil’s partner. Nikhil was extremely happy and relieved when Avantika left the golden villa.

Kevin and Kat were the first ideal match of this season. Jay and Aditi to become the first ‘compatible couple’ of Splitsvilla 13.

There were 5 contestants standing in the dumping zone, Trevon, Devashish, Samruddhi, Nikita and Janvi. The ideal match, Kat and Kevin were to decide the 2 contestants who would be leaving the show. After a lot of contemplation, The ideal match dumped Jaanvi and Devashish.