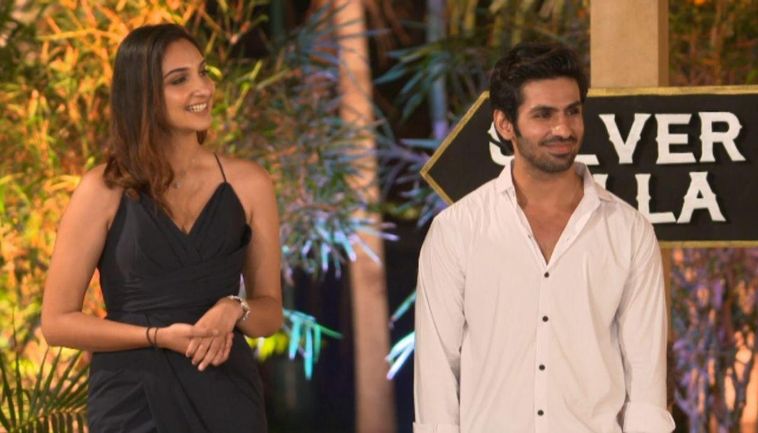 After the previous episode of Splitsvilla people are very excited for this weekend’s episode. There were two contestants to get the vote out in the last episode and that left us with a surprise of a wild card entry. This week’s episode is another mix-up of spice, entertainment, fights, and many more things.

The bomb drops when wild card entry of today’s episode comes in. Sakshi Mallik and Devashish are going to bring a new ride for this season. Nikhil introduced them as the “Wild Villain.” Everybody  is very nervous for coming weeks. Nikita already knew Devashish and Sapna knew Kevin. Shivam as usual started a shayari for Sapna. Everybody starts bonding after Nikhil left.

Then for fun, the wild card entries got a secret mission. Devashish was given to throw pillow at every boy again and again. Sakshi got the task to pretend to trip and make a guy save her. Then the second secret challenge Devashish got was to impress 3 girls by dancing with them and take a token of appreciation. Meanwhile, Sakshi’s second secret task was to get 2 girls to fight with each other. Things got spiced up when Aditi and Nikita picks a fight.

Now the third challenge of Devashish was to get 2 boys fight with each other. He tried to instigate Nikhil and Shivam but it did not go well, then he went to Dhruv and things got pretty serious between Dhruv  and Shivam. They starting fighting real bad and Devashish got his challenge completed. Nikhil barges in saying that Devashish is instigating this fight.

The third challenge Sapna got to make a girl throw another girl’s clothes in the pool. A fight fired up between Kevin and Shivam while Kevin touched his nose and he made a big deal out of it.

Nikhil Sir comes in again and told everyone about the secret challenges. He told everything happened just now was all a challenge. Everybody’s got so shocked and disappointed that it was all a task and they went in the challenge so easily, that too, without knowing. The contestants decided who did a better job in doing their secret challenges.

Samarthya stats the gap between Jhanvi and his connection. He said a lot of things about Jhanvi and made her really upset and said that he want to make a connection with Sapna. Meanwhile Jhanvi said that she feels nothing like it. Though, Dhruv stats to make a connection with Sapna and things got happy. Sapna won and the episode ended with a privilege for Sapna to partner up with any guy and perform in the Golden opportunity challenge and make a move to Golden Villa.

Let’s see what interesting things happens next week. Does Sapna wins the challenge and make it to the Golden Villa or not?