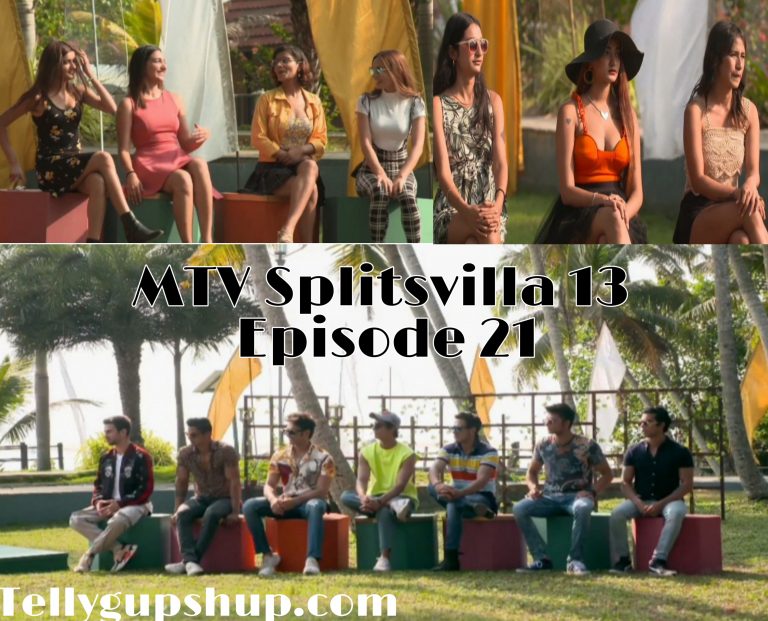 In the previous episode, after many emotional breakdowns and shattering of friendships, Kevin and Kat decides to dump their best friends Gary and Avantika who betrays their decision. The dome session was full of emotions and sentiments. We got a new compatible couple Nikita and Samarthya. Also, the silver oracle will not be any more on MTV Splitsvilla 13 which means the couple will directly opt for the golden oracle to become an ideal match.

Check this out for the previous episode- MTV Splitsvilla 13 Episode 20.

A new day with new onsets starts where all the splitsvillans gets to the challenge location. Pallak confesses her insecurity related to Bhoomika and Nikhil’s bond. Nikhil reassures her that he and Bhoomika are together only for the game with each other. Where Shivam gets a chance to make a connection with Pallak and also said a Shayari for her which made Nikhil jealous.

The challenge name was Pyaar Maar Kalakaar. The girls will be divided anonymously into two teams. They have to guess the Bollywood movie name enacted by the boys of the Splitsvilla. The teams were as: Team Kat and Team Aditi

After all three rounds, the score is as below:

Arushi was the player of the match, she managed to get maximum gongs for her team by running fast than the other team girls. Team Aditi and Dhruv win the challenge activity. Dhruv also wins the challenge because he gets the maximum “Pyaar ka Punch”. Even the players were mixed up both the teams played well forgetting all the rivalry between them.

At last, the cherry on the cake moment when Sunny Leone enacts a movie’s name with her cute and fun movements. Shivam manages to guess the movie name and he becomes so happy.

Let’s see what the upcoming episodes will bring to us but surely it will be interesting to watch. For more latest updates, stay tuned with TellyGupshup. Instgram acc- MTVSplitsvilla13