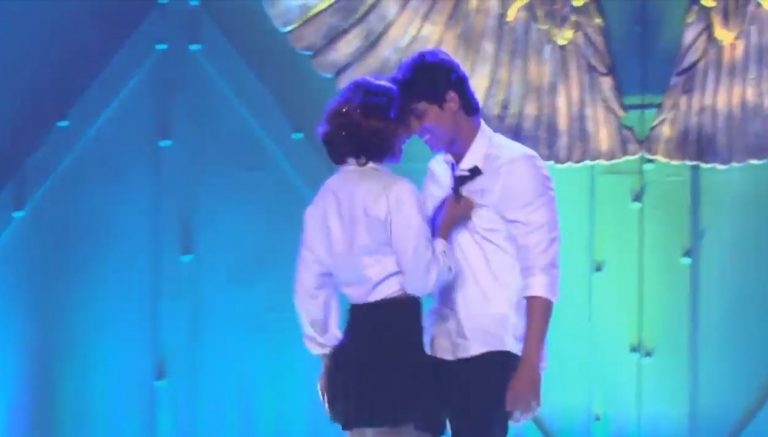 MTV Splitsvilla 13 episode 14 is going to air this week. As the previous episode was very surprising and unexpected because of the dome session, nobody was prepared. It was a girl’s elimination round and Riya was eliminated and entered the wild villa. Vyomesh and Arushi went to the oracle but they were not an ideal match. With all twists and turns, people are waiting for the next episode.

In today’s MTV Splitsvilla 13 episode 14, the day started with Splitsvillian receiving a stroll saying that it’s entertainment challenge day today. They have to do dance with their connections in this challenge. After so much heat in the previous episode, all the contestants got happy after knowing the challenge. As Shivam lost his connection, he went to Palak to ask her to be his partner in this challenge.

They went to the challenge location pf MTV Splitsvilla 13 episode 14 and it was really lit and looking very awesome. Everybody was prepared and excited for this challenge. Though, they were nervous but it was a entertainment challenge after all.

Sunny Leone performed at the beginning and her mesmerizing performance really impressed everyone. She was looking all stunning and beautiful, and her dance really made everyone feel light.

Now it’s time for the contestant performances of MTV Splitsvilla 13 episode 14. Everybody was nervous, Sunny and Ranvijay advised them to forget everything and dance with enjoyment on your faces. Two couples who performs the best is going to win the challenge. One from silver villa and one from golden villa is going to be the winner.

Everybody starts performing and Ranvijay and Sunny gave them compliments and some got criticisms. All the performances were so mind blowing and choosing one couple to win was really difficult for the judges. They started with silver villa connections and they were all very nice. Then it’s time for the golden villa couples to show off their talents. They all were very hot and romance and fun was there with a lot of emotions.

The whole challenge was very fun and enjoyable. They all had so much fun and Sunny Ranvijay complimented and made fun of all of them. Now after all this fun, its time for the results. The couples who won from golden villa is Nikhil and Bhoomika. The couples who won from silver villa is Shivam and Palak. The night was ended with a surprise performance of Ashish Bhatia and Miesha Iyer of the previous season of Splitsvilla. The show ended with everybody dancing together and having fun.